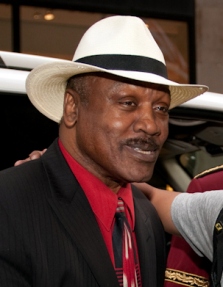 I think the “Joe Frazier” that voted this Tuesday was there for the Democrat Joe Biden.   I’m fairly sure that the vote of  Tuesday’s “Joe Frazier” along with the many names of many other deceased Philadelphians rattled off at the press conference today by Donald Trump’s lawyers were used to cast a vote for the Democrat candidate on Tuesday.

Joe Frazier died 11 years ago.  But his name and his vote lives on.

Any time I so much as mention vote or voter fraud, someone always mouths off, “Well both sides are just as bad!” or “There’s no proof that there is meaningful levels of election fraud in this country!”.    Yeah, right.

But I’d suggest that those people take a look at the last ten times anyone tried to force the voting rolls to be audited (when just one Californian city was audited last year, over fifty thousand dead or ineligible names were removed); and who (which party) supported it and who blocked it.  Or search for the news stories from the last twenty years on voting machine problems and which party always was the beneficiary of those ‘errors’.  From the machines used in Florida in 2004, the machines in NYC that ‘ignored’ votes entered for the candidates of a certain party.  And this year, reports of machines that counted six votes for Biden for every one entered.

In fact whenever any attempts to introduce Voter ID requirements, limit mail-in voting,  block voting by illegals, convicted criminals or check for multiple registrations in more than one town, city or state;  the Democrats party always moves quickly, and indignantly against the Republicans any Independents that support them.

And the Democrats are always pushing for more computerized voting, voting over the Internet,  voter registration less then 24 hours prior to an election (Hell, once I remember a Pol in Boston actually wanted to setup a registration desk at the polling station on Election Day).

Funny isn’t it.  The Democrats can’t manage to put together a Covid19 relief bill in three months but were able to engineer a coast to coast scheme to steal the 2020 election in at least twenty states.   Obviously one of those things were important to them, the other wasn’t.

One of the questions Trump’s lawyers had today was how some Philly precincts managed 90% and even 110% voter turnouts.   Good question, maybe they should ask Joe Frazier? 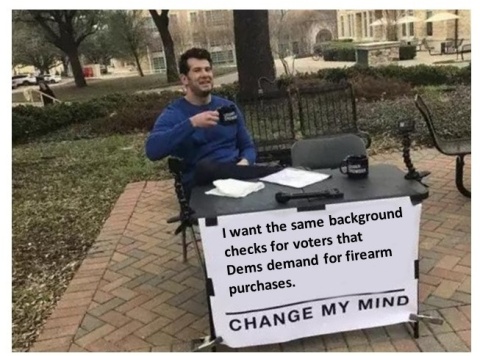 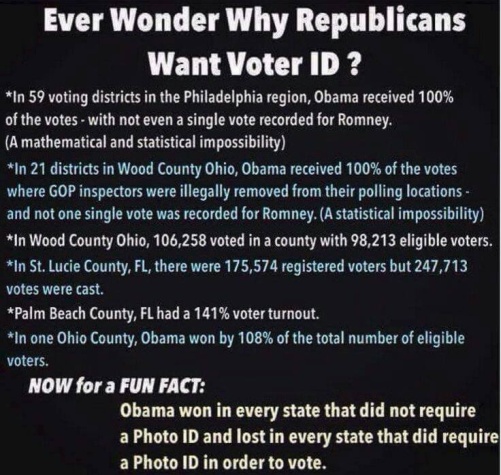 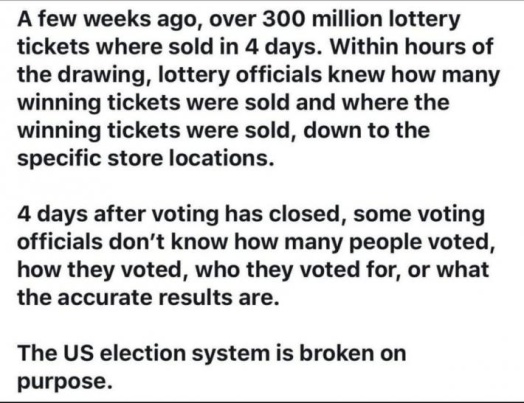 Final thoughts,  the margins of victory in several battleground states were thousands of votes.  And that is far less than the likely percentage of fraud.

Forty years toiled in the Tel-com industry, married for 36 years widowed at sixty-one. New girlfriend at sixty-five. Was a Tea Party supporter. Today a follower of the Last American President to be honestly elected, Donald J. Trump.
View all posts by On the North River →
This entry was posted in 2020, Biden Crime Family, Deep State, Time to talk a little treason, When Progressives Attack. Bookmark the permalink.