Boast of being near the Coast, NSRWA clean up.

The winds have been unpleasantly strong, so I have been doing other things (other than paddling… never mind).  Biked down to Webb Park in Weymouth this week, downhill most of the way, uphill all the way back.

The early spring, unseasonal heat then this current seasonal cooler temperatures have resulted in the best and longest lasting flowering tree display I can remember.

One of the images lost in the house fire was a nice shot of this flagpole framed through the blossoms of the trees that frame the entrance. I’ve tried to duplicate that shot. 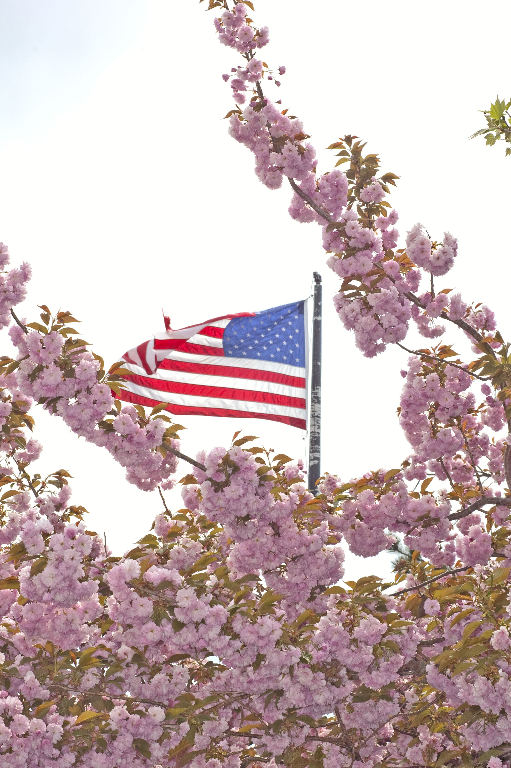 Nope, the original was better. Update: Found a copy,what do you think?

Shot on film, scanned and edited about 2002.

I keep forgetting to use the flash to fill in the closer, lower part of the picture. Then the color of the sky and clouds can be seen.

On Saturday the NSRWA’s 25th Annual Clean Up happened, and I was there.

I was assigned to the rest stop and approach to the 3A bridge over the North River. Remember that bridge?

That was July, no one was jumping today. We just picked trash. I picked up two bags of trash, one and a half of recyclables. Included in the recyclables, more Nips than I ever seen. For the non-locals, Nips are the 50ml bottles of alcohol sold from behind the counter at New England liquor stores. I understand that in other parts of the country they are called mini’s, shots, or pony’s.

Most of the nips came from the area over the fence at the rest stop, below the  bank and just above the marsh.  Driftwood and flat stones served as their bar-stools.

At the assembly point, I was talking with some of the other volunteers. At some of the other cleanup points, where there is more privacy I imagine, they “cleaned up” condoms and panties. (chopstick retrieval technique?)  Very risque,  and accompanied by giggles and grins in the telling.

When I contemplate the sad gathering of Nip imbibers, after dark, showing little if any lights, I wonder. Were they high school kids (very likely) getting loaded for the first time, or were they like some of the old alkies I’ve known from those minimum wage jobs I had in High School? As I looked at the different spots where the clumps of nips and beer cans were discovered, in one spot I found only the nips, in another, beer cans mixed with the small bottles of alcohol. The high school kids were likely having their party with the beer and nips. Long swigs of beer, accompanied by sips of booze. Then drive home, God help them!

But the area with only the nips, I think those were the older drinkers. The other end of the road. Too poor or too anti-social to drink in a bar. In my day the guys with nips rattling in their shirt pockets were mainly WWII vets, today are they Gulf War veterans? I hope not.

Back to the assembly point, and THE BAG MEN. 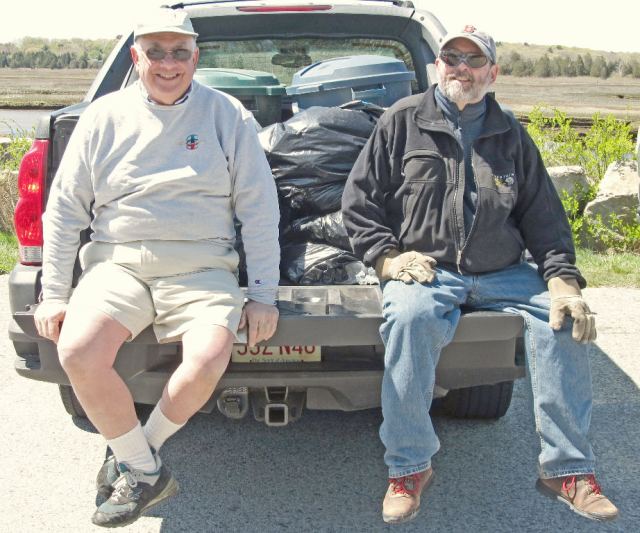 Followed by a very nice picnic, food supplied by Whole Foods. Thank You! 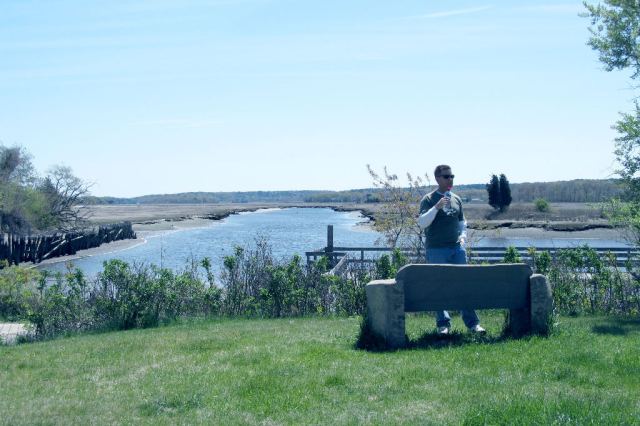 Terrific spot for a picnic, isn’t it?

These photos are from the NSRWA site: 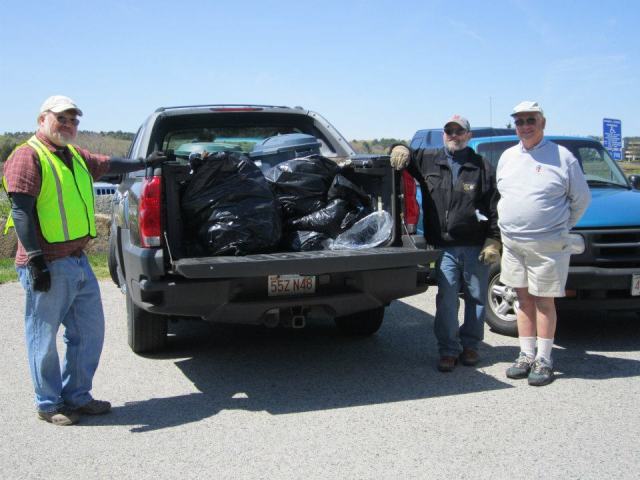 Forty years toiled in the Tel-com industry, married for 36 years widowed at sixty-one. New girlfriend at sixty-five. Was a Tea Party supporter. Today a follower of the Last American President to be honestly elected, Donald J. Trump.
View all posts by On the North River →
This entry was posted in Kayaking, North River, Personal, Photos and tagged NSRWA. Bookmark the permalink.

3 Responses to Boast of being near the Coast, NSRWA clean up.