They don’t have the right!

Tadeusz Kościuszko was born in Poland 1746. He spent his life as a military, both at home and in America, where he sided with the Americans, against the British in the war for independence.
Kościuszko strongly opposed slavery, and upon his death in 1817 all his assets in America was used to buy the freedom of black slaves.
In his memory, a statue was built in Washington in 1910.
In 2020 said statue was vandalized by criminal elements, claiming to fight for the rights of black people. 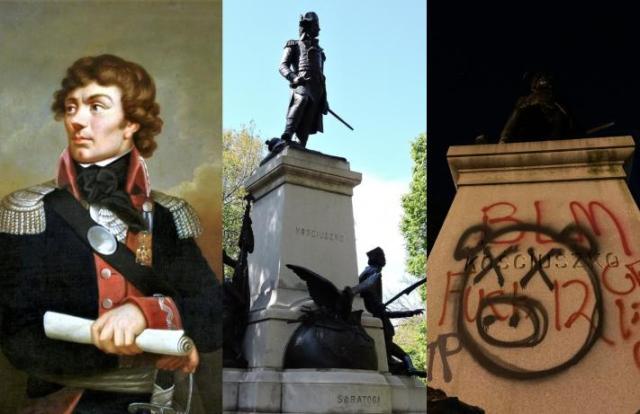 Elsewhere a statue of Abraham Lincoln was vandalized by BLM.  That statue was put up with money donated by former Negro slaves.  Sick of this shit yet?

Forty years toiled in the Tel-com industry, married for 36 years widowed at sixty-one. New girlfriend at sixty-five. Was a Tea Party supporter. Today a follower of the Last American President to be honestly elected, Donald J. Trump.
View all posts by On the North River →
This entry was posted in 2020, All the News not fit to print., Can't fix Stupid, Cranky, Deviancy, When Progressives Attack. Bookmark the permalink.

3 Responses to They don’t have the right!