Does this qualify as a ‘late’ or ‘early’ Christmas?

Coronavirus bill overloaded with Pelosi’s ‘Christmas-tree ornaments,’ says Republican who voted against it

House Speaker Nancy Pelosi‘s add-ons were the reason why a Colorado Republican voted against the $8.3 billion coronavirus bill that President Trump signed into law earlier in the day, the lawmaker said Friday night.

“The president asked for $2.5 billion. I would have supported that,” Rep. Ken Buck said

This I knew even before I read this, I knew that our efficient and businesslike President would only have asked for the amount of money that his advisors and medical professionals told him was needed to do the job.  And that number was $2.5 Billion dollars.

Not $8.5 Billion dollars, more than three times the “Necessary Amount”.  But as Pelosi is fond of saying, “Never let a crisis go to waste“.   Even this crisis, even this.  Think about it.  And think about the sanctimonious bitching from the Democrats and their lapdog press about “How Donald Trump is mismanaging the Corona Virus Crisis!”; President Trump has refrained from pushing back or delaying on this one, because THIS is time sensitive!   And he does not play politics with the lives of the citizens of The United States.

But that fatherless daughter of a three-legged bitch, the dis-Honorable Speaker of the House, the whore Nancy Pelosi does. 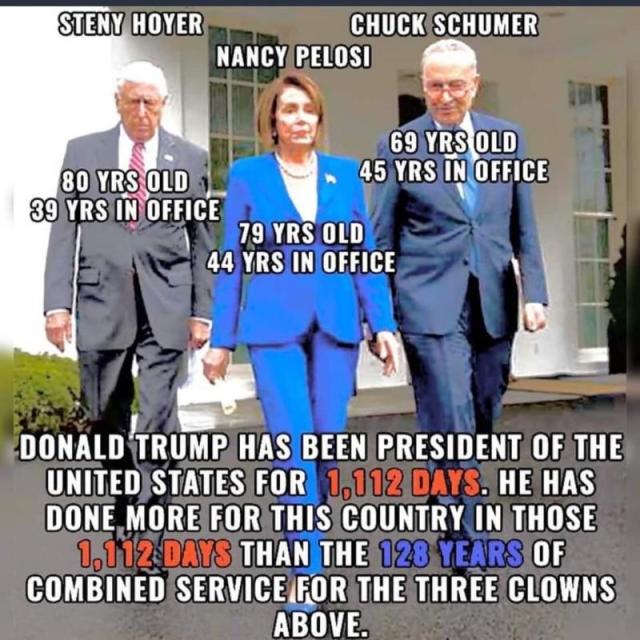 Forty years toiled in the Tel-com industry, married for 36 years widowed at sixty-one. New girlfriend at sixty-five. Was a Tea Party supporter. Today a follower of the Last American President to be honestly elected, Donald J. Trump.
View all posts by On the North River →
This entry was posted in 2020, All the News not fit to print., Cranky, Deep State, Media Bias, On the Ebola River, President Trump, When Progressives Attack. Bookmark the permalink.