Electric cars are costing us more than just too much money.

Just in time for Thanksgiving, Audi announced the end of 9,500 of them – to help finance the development of electric cars. “We are now tackling structural issues in order to prepare Audi for the challenges ahead,” said Audi’s CEO Bram Schot.

The “structural issues” he speaks of are the outlawing of other-than-electric cars by the German government, effective come 2030.

The jobs lost amount to 15 percent of the company’s German workforce and by eliminating them, Audi will “raise” $6.6 billion – that is, cannibalize itself of that sum – to manufacture products it can’t make money selling but which the German government is forcing them to make. 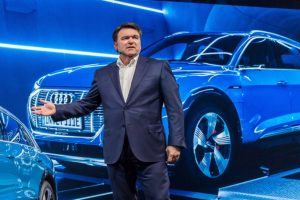 Days later, Mercedes-Benz announced it was laying off another 10,000 – for the same reason.

This is the way it ends. Not with a bang but with a whirr.

Electric cars are being used to eliminate cars – and eventually, the car industry.

Along with millions of jobs, once the demolition is complete.

The immediate response to the above will be a charge of Ludditism – you are obviously afraid of change. You are like the carriage-maker at the turn of the last century who saw in the first rude automobiles the dawning of the end of his livelihood.

But there is a critical difference.

Henry Ford changed the world, all right – but with the full and free cooperation of the populace. He offered his cars for sale – to be purchased or not. 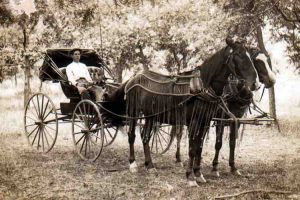 It was left to the people to judge the merits – or lack – of his Model T. No one was forced to build one, much less buy one. Nor forced to “help” his neighbor buy one, through income tax-mulcted kickbacks. Ford himself was not able to use the government to get laws passed forcing the horse-and-buggy industry to provide him with funds – “dung credits” – to build his Model T at their expense. Nor did he agitate to have laws passed imposing onerous “emissions” regulations on dung production.

The manufacture of horse-drawn buggies was never restricted, much less outlawed. It simply passed away – peacefully – to make way for a superior free-market alternative. 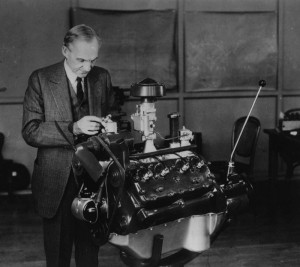 Electric cars are changing the world at bayonet-point.

Audi is not firing all those people because the work they do is non-productive; quite the opposite. They are being fired to finance government-mandated unproductivity.

The company is cannibalizing itself to scrounge the money needed to build the only kinds of cars the German government will allow Audi to build in the future, which is almost here.

Along with every other car maker doing business in Europe, Audi is being forced to manufacture horse-drawn buggies  – whoops, electric cars – because of laws which forbid the manufacture of anything else.

Not yet – but just around the corner.

Come 2030, which is sooner than ten years from now, in terms of product planning, nothing that isn’t electric will be kosher, insofar as the laws are concerned. That means no point in spending a cent on new product development that isn’t electric since by the time it got developed, it couldn’t be sold. 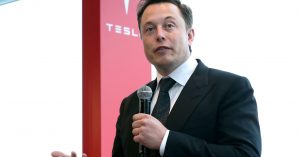 It’s why VW – Audi’s parent – has already announced that its current line of gas engines will be its last new engines.

Similar laws are already in partial but not-yet-blatant effect here.

They aren’t outright electric car mandates via non-electric-car sales prohibitions, as in Europe – but they amount to the same thing as a practical matter. Federal exhaust emissions standards are already at the point of camel-through-the-eye-of-a-needle restrictive, such that it is almost impossible to comply with them without building electric cars.

Which is why GM is converting one of its major assembly plants to EV production – and closing several other plants. It is why Ford just launched the Mach E electric “Mustang.” It will replace the real Mustang.

Soon, even the eye of the needle will close. 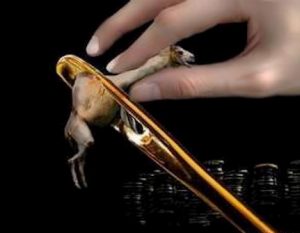 It is being closed via the genius rebranding of carbon dioxide as an “emission” – and only electric cars “emit” zero carbon dioxide.

Nothing that combusts can meet that standard, no matter how clean it is, in terms of the emissions that affect air quality.

Nor the irrelevance of its “emissions” of C02.

It is no accident that most people – victims of government education camps – do not have the faintest idea what carbon dioxide actually is – i.e,  a non-reactive gas that has nothing to do with the “cleanliness” of the air. Nor that it is minor trace gas – less than 1 percent of the Earth’s atmosphere – and the amount of that “emitted” by vehicles is the equivalent of a belch in the Superdome.

But it is nonetheless the reason why the car industry is “investing” in electric cars, notwithstanding the glaring absence of any real market for them. Hysteria is driving the politics forcing the mass-manufacturing of them.

But what sort of return will there be on this political “investment”?

How do you stay in business as a mass-market manufacturer when the masses can’t afford to buy what you’re selling? Electric cars are expensive cars – whatever their merits – and there is an inherently limited market for high-dollar cars because most people haven’t got the means to buy them.

Even if they’ve been politicized to want them.

Model T sales were driven by market demand – and Ford made money building them. They were mass-market cars because they were affordable cars. They reduced people’s cost of getting around and made it more convenient. 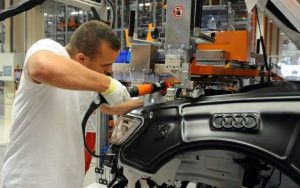 Electric cars are an inversion of this principle. They are being forced onto the market – and transfer money from unwilling victims (taxpayers, forced to finance their manufacture and “sale”). They make driving more cumbersome, less convenient.

As cars become electrified, they will become increasingly unaffordable. Note the shift in marketing emphasis to the performance of EVs, not their economy. It is necessary to keep people’s minds off the fact that EVs are expensive – by making them seem sexy.

But the affordability problem persists.

Fewer cars will be sold, once the only cars people can buy are electric cars. There will then be less need for people to sell them. Fewer dealerships offering them. In short order, fewer brands. 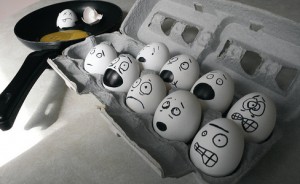 This includes the jobs which will go away in manufacturing – and engineering. An electric motor is an electric motor. Slide the “skateboard” (the motor and battery pack) underneath the different shape/different-colored body.

But what’s a few eggs when you’re in the omelette business?

There may, however, be new jobs keeping the old cars going. So long as the government doesn’t ban the use of other-than-electric cars.

But that is coming, too.

EVs will only “succeed” when there is no longer an alternative to them.

Forty years toiled in the Tel-com industry, married for 36 years widowed at sixty-one. New girlfriend at sixty-five. Was a Tea Party supporter. Today a follower of the Last American President to be honestly elected, Donald J. Trump.
View all posts by On the North River →
This entry was posted in Blogbits, Can't fix Stupid, Economy, Global Warming Hoax, Guest. Bookmark the permalink.