…works hard, hard for that dollar.

Jamaican immigrant challenging AOC: Trump did something for my community that Obama did not 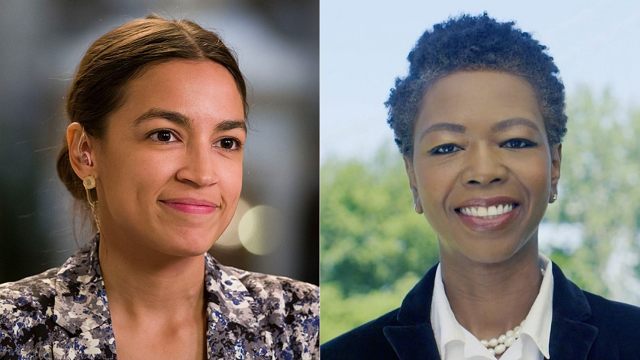 A Queens businesswoman who immigrated to the U.S. as a child and voted for President Obama said that she believes that President Trump represents the best hope for people in her community.

“I thought that [Obama] would… be the one to reverse some of the layers of Joe Biden’s crime bill, but he didn’t. He was weak on criminal justice reform,” said Murray, who is vying for the chance to take on controversial freshman Rep. Alexandria Ocasio-Cortez D-N.Y., in the upcoming 2020 election.

“President Trump came in,” she continued, “and delivered the First Step Act. Now he’s onto the Second Step Act. Not only has he delivered on his promise to the American people, but he’s doing more for African-Americans than any other president has done in my lifetime.”

Murray immigrated to the U.S. from Jamacia when she was 9 years old and became a citizen at the age of 18. “All of these things sort of shaped who I am — coming to this country and working hard, going through the education system, learning and doing things the right way, I think is why my candidacy is so important.”

“It’s time that we put aside these nonsensical policy pushes that are going to keep government’s hands in the pocketbooks of everyday Americans,” she concluded. “We heard [Ocasio Cortez] talk about the Green New Deal. We heard her talk about Medicare for all, college for all… it’s going to continue to cost the American taxpayers, everyone in Queens and the Bronx that wakes up every day and works hard, hard for that dollar.”

AOC will still have the Talk Shows and the Twitter feeds to bolster her EGO and provide support after the election,  so she’s got that going for her.

Forty years toiled in the Tel-com industry, married for 36 years widowed at sixty-one. New girlfriend at sixty-five. Tea Party supporter. Today a follower of the God-Emperor Donald. Do like to kayak, cook, take photos, bike, watch old movies and read.
View all posts by On the North River →
This entry was posted in 2020, All the News not fit to print., When Progressives Attack. Bookmark the permalink.