The Great Opioid Shakedown of 2019 Will Be a Pyrrhic ‘Victory’

Oklahoma’s August 26th verdict against Johnson & Johnson was never a question of “if,” only “how much.” Recently, it’s been all the rage to assign blame for today’s “opioid crisis,” justified or not. And once the blaming starts so do the lawsuits.

There could not be a better time. Doctors, dentists, distributors, drug companies, Donald Trump, and maybe even Donald Duck have all assumed the role of villain in the ongoing decade-long debacle, while the real villains are no doubt smirking all the way to the bank (1).

But it’s the drug companies that have all been squarely in the sights of lawyers and state officials; whether there was actual blame or not doesn’t really matter. As the notorious Willie Sutton once answered when asked why he robbed banks, “that’s where the money is.” It’s now the “perfect swarm” – lawyers, hatred for pharmaceutical companies, buckets of money, and a plausible but false narrative that overprescription of prescription pain meds led to opioid abuse and addiction.

On the surface, what just started happening to the pharmaceutical industry on Monday, thanks to Oklahoma’s $572 million oh-so-predictable victory against Johnson & Johnson for causing the “opioid crisis,” (2,3,4) may superficially resemble what happened to the tobacco industry in 1998, but that’s where the similarities end. The $246 billion that the tobacco industry agreed to pay in order to shield itself from state lawsuits, which began in 1994 when Mississippi attorney general sued Big Tobacco. Moore (rightfully) claimed that cigarette smoking caused diseases that the state had to pay to treat, so it wasn’t unreasonable that the industry should cough up (sorry) some serious money to atone for its business practices.

“The state is obligated to pay for those for our citizens that are not covered in other ways, and we feel like they’re caused by the tobacco products.”

Whether or not you agree with the verdict, the amount of the settlement or whether the settlement would be used for its stated purpose – smoking cessation programs (it didn’t) – it’s at least reasonable that tobacco companies, which by definition, sell deadly products should assume some of the cost for the harm they cause. In the end, maybe a bunch of Philip Morris shareholders got stung (they didn’t, see Figure 1) but even if the $246 billion didn’t provide much help to the general public, at least it didn’t hurt anyone, especially the shareholders. 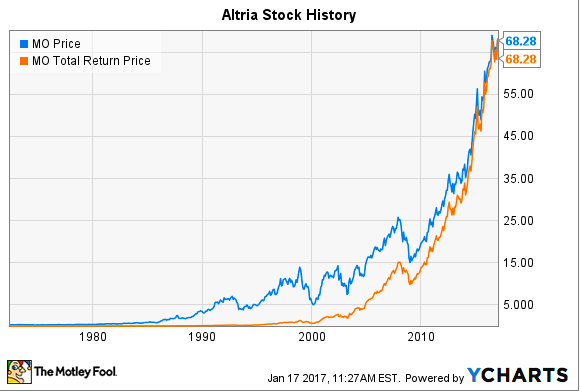 Not this time. There will be pain in the form of pain. Tobacco companies continued to sell cigarettes and did just fine. This is where the two examples diverge.

Once this mess is in the rearview mirror and Americans have moved on the next drug of choice (5) (and they always do) the results will be predictable:

That’s the harm that will inevitably come out of this disgraceful chapter in American history. Not only will millions of people have suffered and died unnecessarily but whatever has transpired in the last decade could be like Shangri-La compared to what’s ahead.

Johnson & Johnson’s worldwide sales in 2018 totaled $81.6 billion. I cannot find what portion of that amount came from opioid sales, but it is very likely to be insignificant. This can be inferred from a statement of Brad Beckworth, the lead attorney for Oklahoma:

Let’s guess that that number is $10 billion. Since 2005, J&J’s annual sales have averaged roughly $70 billion. Let’s call it $60 billion to be conservative. This comes out to $1.2 trillion over this 20-year period. If the company earned $10 billion during this time then its opioid sales comprise 0.8% of the company’s revenue during this period. Chump change. J&J would be out of its mind to continue to manufacture and sell opioids, given the 2,000 lawsuits it still faces, which will almost certainly add up to far more than whatever the company earned selling the drugs. Please believe that other companies that are facing this kind of exposure are thinking just this. So, who, if anyone, will bother to make these drugs? Maybe no one.

Or maybe these guys…

I wrote about Valeant (which doesn’t even exist anymore) (6) back in 2016 when the company raised the price of dirt-cheap calcium EDTA, an antidote to lead poisoning, and not by a little:

After resolving manufacturing problems that caused shortages, Valeant pursued the hallmark strategy that made it infamous — taking sky-high price hikes. Before Valeant took control, the list price for a package of [calcium EDTA] vials had been stable at $950. But in January 2014, Valeant boosted the price to $7,116. By December 2014, several more increases took the price to $26,927, according to Truven Health Analytics.

If I’ve got this right, then in 10 years, assuming that the opioid crusade doesn’t come crashing down, then your prescription pain meds, assuming you can get them at all, could easily run $1,000 for a few days worth of Vicodin, maybe more.

Then the US public (maybe even the clueless media) will see (and feel) the damage done by the CDC, PROP, predatory lawyers, and states that are so eager to join the scrum and scoop up every penny they can for money that will probably not even be used to do a damn thing to help current addicts –the few that will be alive, thanks to fentanyl, or prevent future addiction or death.

Then we’re all looking at a world of pain. Nice country.

(1) Self-proclaimed (but thoroughly unqualified) expert Andrew Kolodny has been consulting for Oklahoma for a mere $725 per hour and is estimated to have earned $500,000 so far. Nice gig. Does this have anything to do his actions over the past decade regarding opioids? You tell me.

(2) Regardless of the facts of the case, J&J is most certainly guilty of having deep pockets.

(3) Before you accuse me of being a shill for J&J 1) read Johnson & Johnson’s Shameless Exploitation Of The Opioid Crisis, 2) then shut up.

(4) J&J does not manufacture opioids, it just supplies the materials to other companies.

(5) This is already happening. Methamphetamine is roaring back onto the scene, once again thanks to government bumbling. See Why Sudafed Is Behind The Counter: A Meth Chemistry Lesson.

Forty years toiled in the Tel-com industry, married for 36 years widowed at sixty-one. New girlfriend at sixty-five. Was a Tea Party supporter. Today a follower of the Last American President to be honestly elected, Donald J. Trump.
View all posts by On the North River →
This entry was posted in 2019, Guest, Law-Fare, News and opinion. Bookmark the permalink.