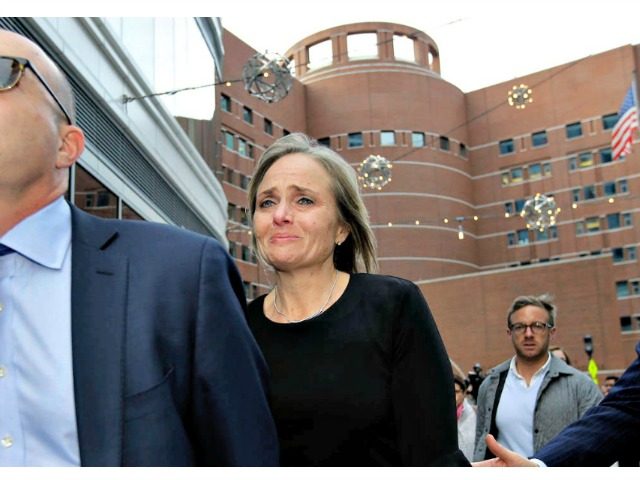 The indictment “is a radical and politically-motivated attack on our state and the independence of our courts,” said AG Maura Healey.

The alleged drug dealer is reportedly named Jose Medina-Perez and is from the Dominican Republic. He has not been caught since he exited the back door of the courthouse while the ICE agent was forced to wait at the front door. He had returned to the United States after being deported twice.

The District Judge, Shelley Joseph, was forced to appear at the federal court on Friday, where she appeared to cry as she left the courthouse.

The state ACLU branch also rushed to defend the judge.

Forty years toiled in the Tel-com industry, married for 36 years widowed at sixty-one. New girlfriend at sixty-five. Was a Tea Party supporter. Today a follower of the Last American President to be honestly elected, Donald J. Trump.
View all posts by On the North River →
This entry was posted in All the News not fit to print., Deep State, illegals, New England, News and opinion, When Progressives Attack, Winning, World's smallest violin. Bookmark the permalink.