1. The selection of the seven countries for the travel ban is not based as the media has suggested on Trump’s business interests but was taken from the Obama’s administration listing of “Countries posing in extraordinary risk. “.

Given that the nations listed are either failed states with no trustworthy system for validating travelers, or openly hostile to the United States then isn’t this first  (wait! what do you mean…First?)  selection of travelers both fit and right?

2. Do gate guards and airport custom officers at the departure terminal in the nation these people fly out of do any more than check that a visa is required and that the visa held by the passenger was validly issued?  Is there any way of stopping these people from boarding other than a blanket inclusion onto the dreaded “No Fly List” or canceling their visas and making them start over from scratch?

Did any of these ‘Poor People’ filmed by the leftist media as ‘Victims’ stuck at the Airport (and whom we are supposed to feel sorry for) CALL the Embassy, consular office or US State Dept. before getting into a taxi to get to the departure airport?

3. Did any of the media ask any of the people involved question number two?

4.  Those passengers with green cards were not banned but detained briefly, questioned and verified.  A reasonable precaution. Given that green cards are mailed, (a mistake that needs rectifying), numbers of missing, fraudulent or erroneously issued green cards range from estimates of 6000 to 200,000 . With 19,000 as stated in a DHS Inspector General report.

5.  The executive order (…and did anyone in the media read it really?)  allows exceptions on a case by case basis by the State Department or DHS.  In other words, there is a reasonable process of appeal.

6.  No US passport travelers were barred from entry. But Dual nationality persons traveling on a friendly nation passport but who were citizens of one of the banned countries will be stopped (see point five) .  i.e.,  a person traveling with a British passport but actually a Syrian national .

7.  This travel ban is based on country of origin, NOT religion.  (Hopefully that will be fixed soon.)

I’d appreciate some comments on this, for one does this sound anything like the way the travel ban is being described or explained by the media. 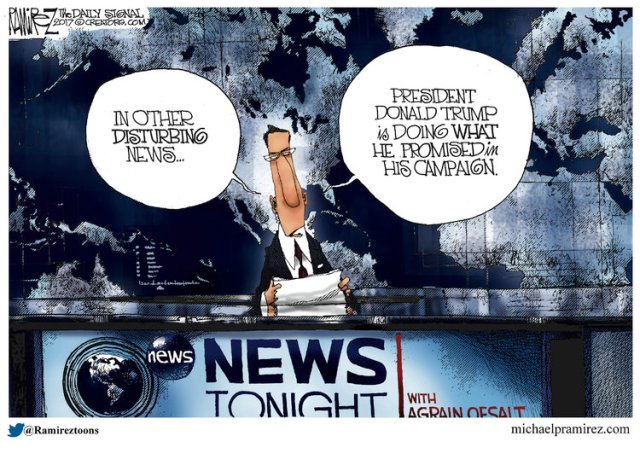 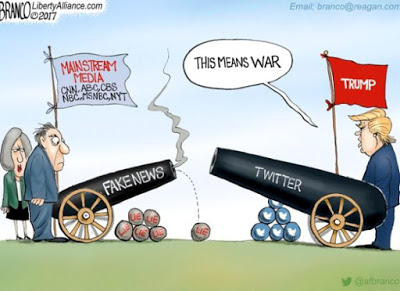 Forty years toiled in the Tel-com industry, married for 36 years widowed at sixty-one. New girlfriend at sixty-five. Tea Party supporter. Today a follower of the God-Emperor Donald. Do like to kayak, cook, take photos, bike, watch old movies and read.
View all posts by On the North River →
This entry was posted in All the News not fit to print., Media Bias, New Regime, President Trump, When Progressives Attack, World's smallest violin and tagged Media Lies, Travel Ban, Trump. Bookmark the permalink.