North River from the mouth to Bridge Street

Launched on a rising tide, headed upriver with the tide and against the wind, pulling hard and enjoying the view. 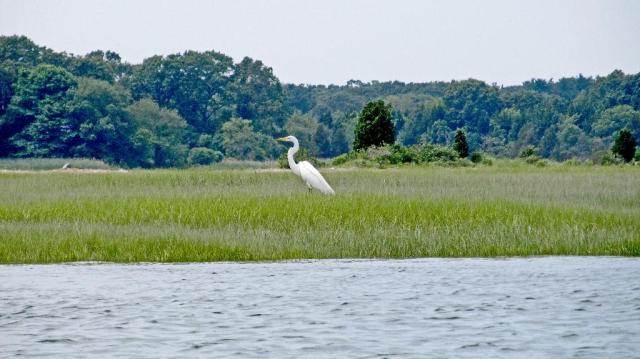 The bridge over the North River between Scituate and Marshfield doesn’t have to accommodate anything other than pleasure craft but must still be fifteen feet high. 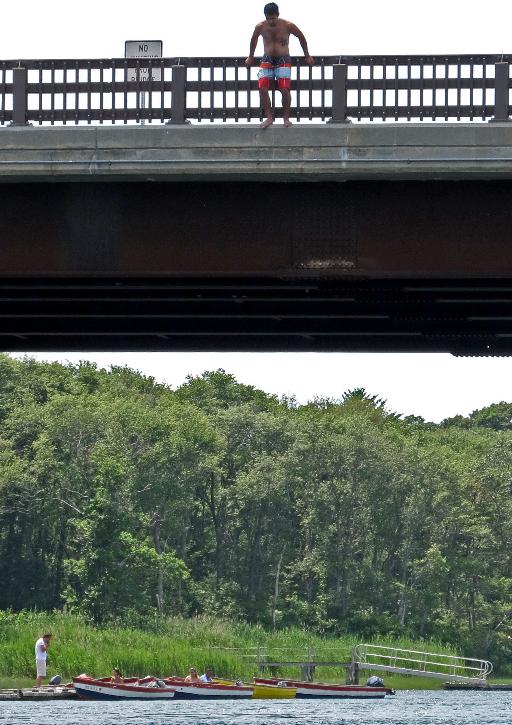 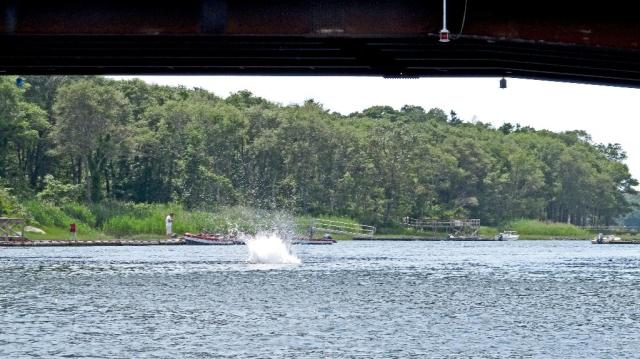 We haven’t had too hot a summer so far, just enough rain and plenty of sun. So the banks of the river are beautiful. 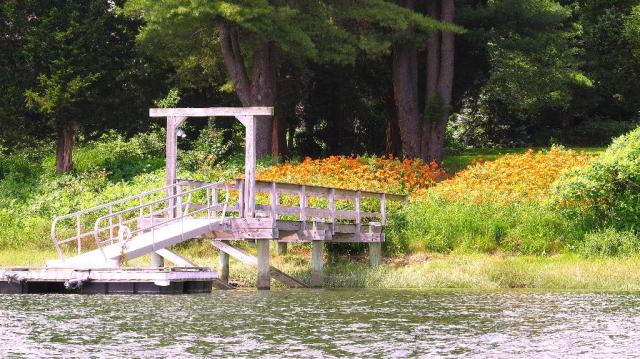 An hour and half from launching at Driftway I was at Bridge Street between Norwell and Marshfield. This is probably the last photo from this particular camera and defiantly the last photo from this trip. I dropped the camera in the watery scupper and this is not the waterproof unit. I pulled the battery and the chip and will try to   save it, but its a long shot. How did I manage to drop the camera into the bilge? First, the neck strap wasn’t around my neck, second the bilge was fuller than usual after hitting the wake of fifty thousand dollar cabin cruiser that was going a little faster then it should have been, and third while focusing on this picture I wasn’t watching where I was going and was about to ram a moored boat. So I dropped the camera (forgetting the neck strap) and put the engine in full reverse. Oops! Was that a splash? @#$%%^&^ f_u$k!!! 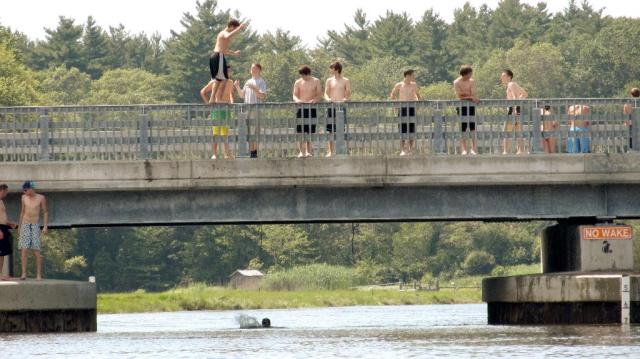 Ah! Kids and bridges. I’ve been there, right there.

I turned around at this point and headed back downstream, the current was against me but the wind was at my back. I made a beeline for the Spit. With the chafing shirt on in the hot July sun I was getting pretty warm. The water at the beach on the Spit was delightful (for a New Englander) and the bikini’s were delightful. (Damn, no camera!)

Half a hour back to the launch point, then direct to the Union Brew Pub for one or two draft beers. Heres a old photo. 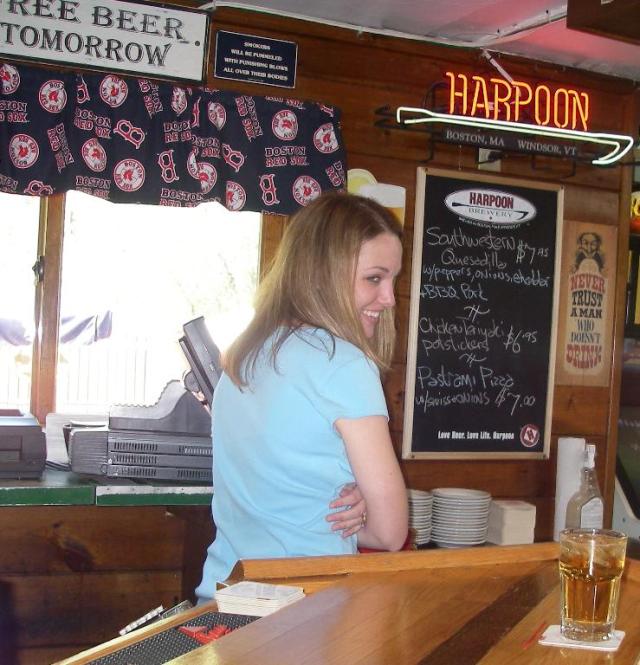 Have a great day.

Forty years toiled in the Tel-com industry, married for 36 years widowed at sixty-one. New girlfriend at sixty-five. Was a Tea Party supporter. Today a follower of the Last American President to be honestly elected, Donald J. Trump.
View all posts by On the North River →
This entry was posted in Get launched, High Tide, Kayaking, Photos and tagged High Tide. Bookmark the permalink.