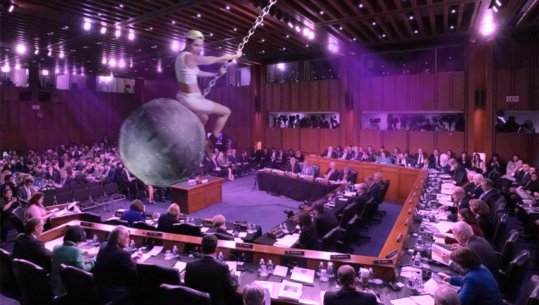 WASHINGTON, D.C.—The nation is abuzz with anticipation of the televised January 6 Committee hearing making its prime time debut at 8 p.m. ET. To top off the excitement of the House select committee’s investigation, producers of the star-studded extravaganza have announced that Miley Cyrus will be the featured performer during the hearing’s halftime show.

Other performers during the bedazzling spectacle will include Neil Young, Bruce Springsteen, Demi Lovato, and the ghost of Alexandria Ocasio-Cortez.

“If you thought the Depp-Heard trial was exciting, wait until you get a load of this baby,” said James Goldston, a former ABC News executive hired by the Democrat-led committee to really “wow” the American people with a multimedia presentation aimed at objectively and judiciously seeking the truth of what really happened that fateful day.

Forty years toiled in the Tel-com industry, married for 36 years widowed at sixty-one. New girlfriend at sixty-five. Was a Tea Party supporter. Today a follower of the Last American President to be honestly elected, Donald J. Trump.
View all posts by On the North River →
This entry was posted in 2022, Babylon Bee. Bookmark the permalink.