OK. after a rain and wind storm in the NE I had the top 30 feet of a tree broke off and ‘catch’ on another tree so as to hang upside down and swaying in the wind with the erstwhile top of the tree gently brushing the gravel on the driveway. 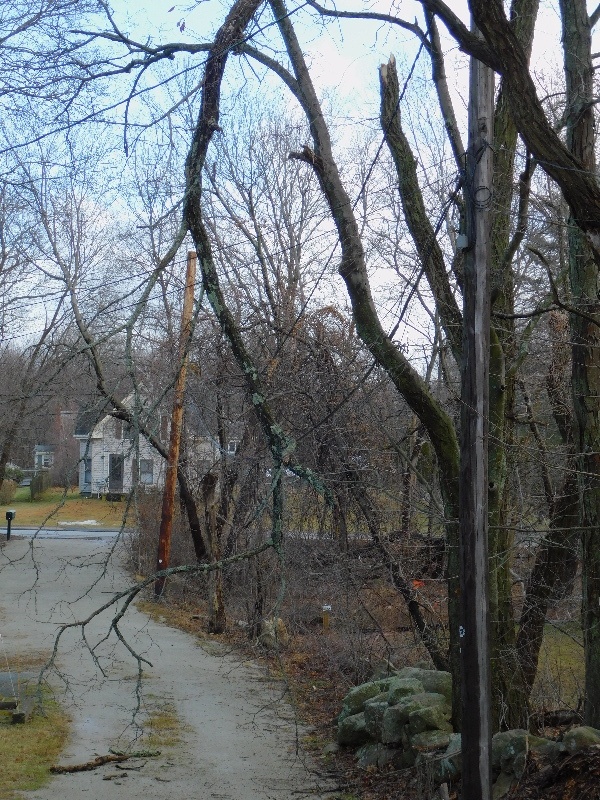 I called my contractor. He took one look at it and said, “That’s what we call a Widow Maker”.
We lassoed it after ten attempts and tried numerous ways to pull it down without hitting the neighbors house, the power line or us.
He finally went up a ladder and using a extendable limb saw (at full extension) carefully sawed a cut through 1/4 of the limb the tree was hung up on. With a live power line six inches from his elbow.
We attached the remaining rope (it had broken once already) and attaching to the bumper of his truck, pulled until the supporting limb snapped and the tree top came down safely into the target area.

Forty years toiled in the Tel-com industry, married for 36 years widowed at sixty-one. New girlfriend at sixty-five. Was a Tea Party supporter. Today a follower of the Last American President to be honestly elected, Donald J. Trump.
View all posts by On the North River →
This entry was posted in 2022, New England, Personal. Bookmark the permalink.