” In 1962, as he gave his Guest of Honor speech at the World Science Fiction Convention in Chicago, science fiction author Theodore Sturgeon delivered the following anecdote about writer’s block and fellow novelist, Robert Heinlein:

“I went into a horrible dry spell one time. It was a desperate dry spell and an awful lot depended on me getting writing again. Finally, I wrote to Bob Heinlein. I told him my troubles; that I couldn’t write—perhaps it was that I had no ideas in my head that would strike a story. By return airmail—I don’t know how he did it—I got back 26 story ideas. Some of them ran for a page and a half; one or two of them were a line or two. I mean, there were story ideas that some writers would give their left ear for.
Some of them were merely suggestions; just little hints, things that will spark a writer like, ‘Ghost of a little cat patting around eternity looking for a familiar lap to sit in.’ “ 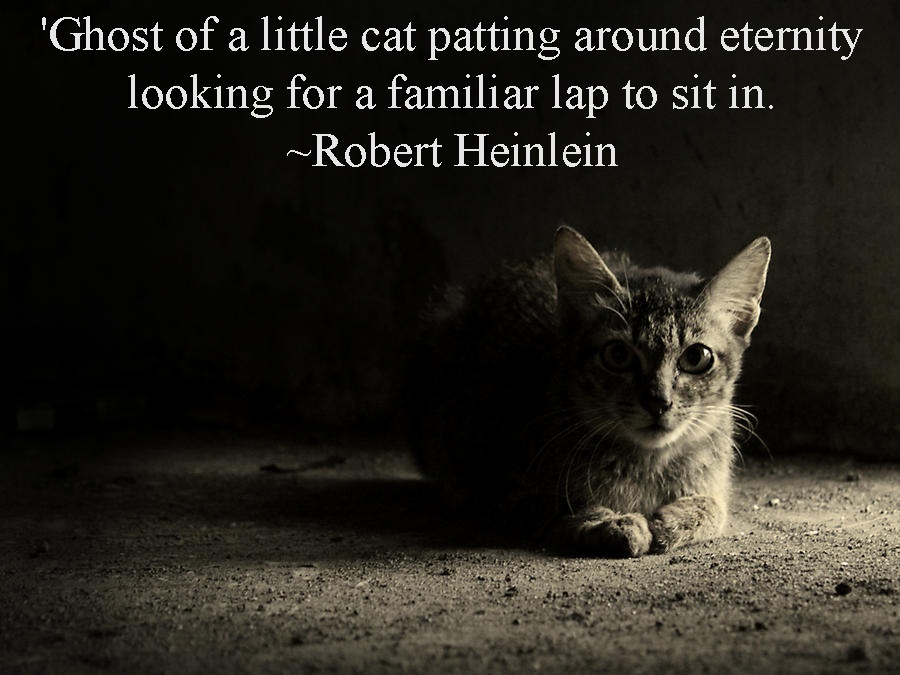 Forty years toiled in the Tel-com industry, married for 36 years widowed at sixty-one. New girlfriend at sixty-five. Was a Tea Party supporter. Today a follower of the Last American President to be honestly elected, Donald J. Trump.
View all posts by On the North River →
This entry was posted in Quote of the Day, Uncategorized. Bookmark the permalink.