Have you been wondering where you went to?

Brainwashing is best accomplished when you have no idea that it is being done but simply occurs as part of the fabric of your life. While you may “feel” that something is wrong, you are being programmed nonetheless. Think about TV Commercials and shows with these facts in mind.

Facts: US population 334 million consisting of 57.8% white, 18.7% Latino, 12.1% Black and 11.4% Asian or other. – Then break that down to about 10% of all existing marriages that are interracial including those of all races, and only 5.6% of the population that identifies as LGBT.

About 10% of all existing marriages are interracial including those of all races, and only 5.6% of the population identifies as LGBT.

You would expect the same ratios in TV commercials if they represented America but here’s what you see instead, taken from a log of TV commercials over a 4-month period, which is quite different.

For TV, white men as the majority of Americans have all but disappeared. When they are in commercials, they are either old, ugly and sick or they are the partner of a black woman and have no speaking part. In 3 of the commercials the white men are doing laundry and always paired with a little girl to whom they are delivering the clean clothes. In other words, less than 10% of the population is driving 90% of the narrative.

There were zero commercials of White fathers and sons. None! So, while 75% of white children live with both their parents, including their fathers, we choose instead not to model that in favor of the 62% of black children that do not live in a two-parent household? Is this the healthy “normal” image we want to model to our population?

Equally disturbing, young white boys and teens have also disappeared, unless they were flagrantly new age gay, as though that represents the “majority” instead of the pitifully small minority. What distorted perception of reality does that serve?

The study found a majority of the children were white girls with a black “brother” even though this represents the smallest percentage of any reality discussed thus far! The MAJORITY of TV commercial couples consist of a white woman with a black man, when in reality these make up about 6% of the 30% of blacks that are married or about 2% of our population. Are you starting to see how pervasive this extraordinary brainwashing is? Exactly what are they trying to program into us with this relentless deluge of non-reality?

Surprisingly, in the month of December there was an uptick (but not a majority) in good looking white male models, but research determined that in each and every case it was a cologne commercial and every one of those commercials were made in Europe where they still use white men in their commercials.
Here, on the other hand, they prefer to portray young white males as so mind-numbingly stupid as being incapable of delivering their lines and couldn’t even say “Liberty Mutual”, the insurance company featured in the commercial.

Over a period of 4 months it concluded that while the African American population in America is only 12% they were in 94.3% of the commercials. Black males are only 5% of our population yet were in 89.7% of the ads.

Then you have to ask, where are the Asians and Latino’s that make up nearly THREE TIMES the black population? Are they in THREE TIMES the number of ads or is something severely skewed here in the minds of Hollywood and Madison Avenue?

The fact is that while white males make up the largest segment of our population, they were in only in 4% of the TV commercials! In most of those cases they are in their 60’s to 80’s and were pushing medication for debilitating diseases, reverse mortgages (Tom Selleck) or Medicare plans. While the study had many, many more alarming facts, one that really stands out is that virtually every ad campaign for new cars featured a woman driver except for Lincoln.

In the commercials for automobiles there were more black women drivers than white women. Again, Europe was the exception here where Mercedes and BMW had NO VISIBLE DRIVERS!! They showed the cars cruising highways but never allowed a view where the driver was visible. Are they more interested in selling the product while we appear to be more interested in selling the political/racial message?

And it is not just our commercials that offer this skewed media driven unreality. It is also nearly impossible to turn on a show that doesn’t have a gay couple or LGBT component, yet in reality only one in eighteen should, if they want to accurately represent the less than 5.6% of the population that fall in this group.

The results of this brainwashing are dramatic and very successful. Despite the low percentage in real life, when polled, Americans have been brainwashed to believe that 24% of all Americans are LGBT! Based on commercials, they must also believe that the “average” American family is biracial, that white men barely exist, and Latinos/Asians do not exist at all.

That is the magic and the tragedy of the fake, dishonest and unrealistic “woke” TV that we watch and are affected by 24/7, even though it is far afield from our reality.

Ditto for the “woke” minority that follow mindlessly in its wake, thinking that this bizarre narrative is in fact real or justified, when it is merely an illusion and fabrication. They truly do control our entire thought process and will distort our perception of reality, if we allow them to.

While it is one thing to erase the stigma of single parenthood, bi-racialism, or unusual sexual preferences, it is another thing completely to portray them as the “Role Model” or “Norm”, as representative of our entire society, especially at the expense of true normality or realism.

In this case, it looks like White, Latino, Asian and straight lives don’t matter according to them, and Black privilege with a side of LGBT has taken us over.

The brainwashing will continue and can only be stopped by educating those around you.

John: David bought this post to my attention.  Thanks. 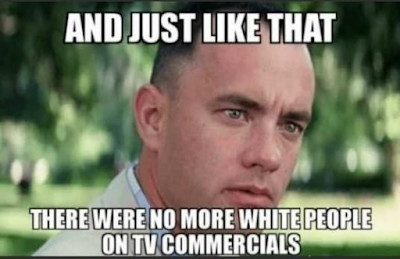 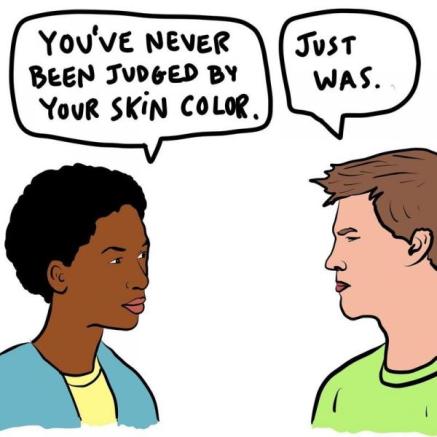 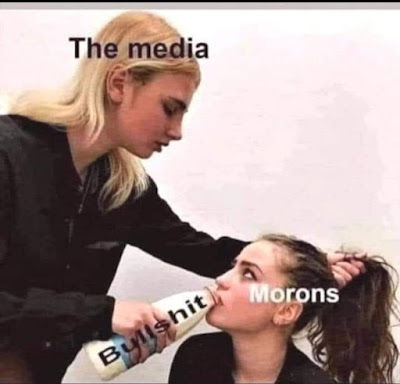 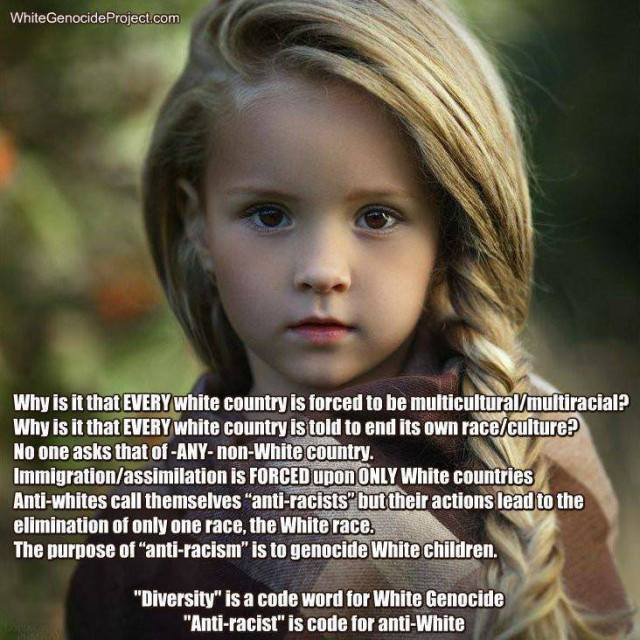 Forty years toiled in the Tel-com industry, married for 36 years widowed at sixty-one. New girlfriend at sixty-five. Was a Tea Party supporter. Today a follower of the Last American President to be honestly elected, Donald J. Trump.
View all posts by On the North River →
This entry was posted in 2022, Media Bias, When Progressives Attack. Bookmark the permalink.

4 Responses to Have you been wondering where you went to?