It’s a leave-taking.  The exact circumstances aren’t known or stated, but the inference is that the daughter is being sent to safety, perhaps out of the country and all because of the war with Russia.

No military age males are being allowed to leave Ukraine.  Is the father going off to war?  Or into hiding?   For this particular man we don’t know.  But the facts of life in Ukraine today are many are doing both; some fathers are saying goodbye and returning to Kiev to fight, some are going to try to find a safe place to hide.  In either case some daughters will never see their fathers again.

People living in Ukraine have very good reasons to hate and to fear being conquered by Russia.  Their history of the last hundred years and more is replete with horror,  death, destruction and famine that came from the North and the East.

There is a high proportion of ethnic Russians in many parts of the Ukraine today.  That is not by chance.  Stalin moved millions of Russians into the Ukraine and to make room for them he forcibly moved millions of native Ukrainians out.  Or simply starved them to death in place.  He killed so many that there weren’t enough people left to bury the dead.  Wave after wave of death and oppression has come into their country from Russia, with a brief side order of the same from the West courtesy of Hitler.  If you are wondering why the Ukrainians aren’t surrendering to Putin and handing their country back to Russian control to avoid bloodshed it’s because they know the real blood is shed after they submit to the Russians.

I think of all the good the 85 billion dollars of abandoned American weapons could have done if we had them to give to the Ukrainians.  Fuck Joe Biden. 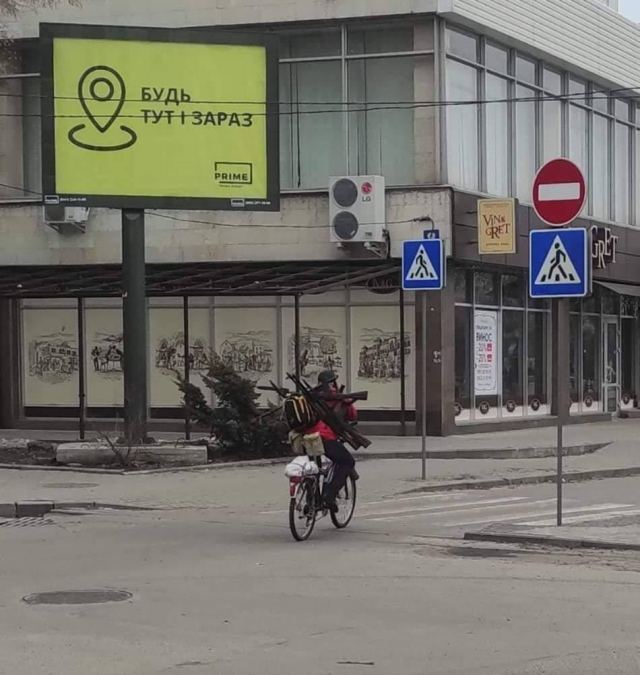 Forty years toiled in the Tel-com industry, married for 36 years widowed at sixty-one. New girlfriend at sixty-five. Was a Tea Party supporter. Today a follower of the Last American President to be honestly elected, Donald J. Trump.
View all posts by On the North River →
This entry was posted in 2022, War. Bookmark the permalink.