This year, a Google search conspicuously shows no sign that Gallup conducted such a poll for the past year, possibly because they couldn’t stand that thought having to report what likely would have been Trump coming in first again this year — after the January 6 riot. 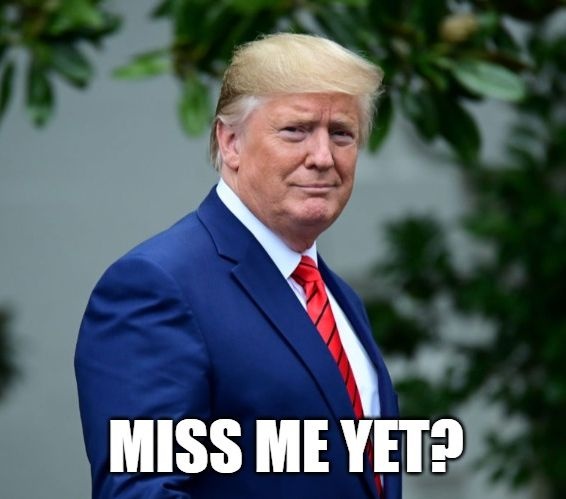 The poll story has typically just hyped the first place finisher (even if it’s typically less than 20 percent), so Obama and President Joe Biden would likely have split the Democratic vote between them like last year, making it unlikely either would come in first place.

Forty years toiled in the Tel-com industry, married for 36 years widowed at sixty-one. New girlfriend at sixty-five. Was a Tea Party supporter. Today a follower of the Last American President to be honestly elected, Donald J. Trump.
View all posts by On the North River →
This entry was posted in 2021, Trump. Bookmark the permalink.