The level of media idiocy about this holiday is getting to me. 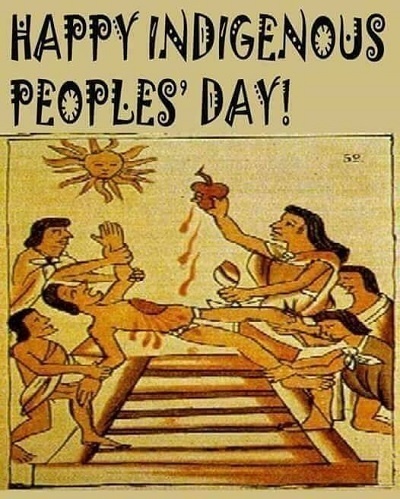 I don’t know about you, but I prefer turkey.  The other-other white meat.

Now about the Media… 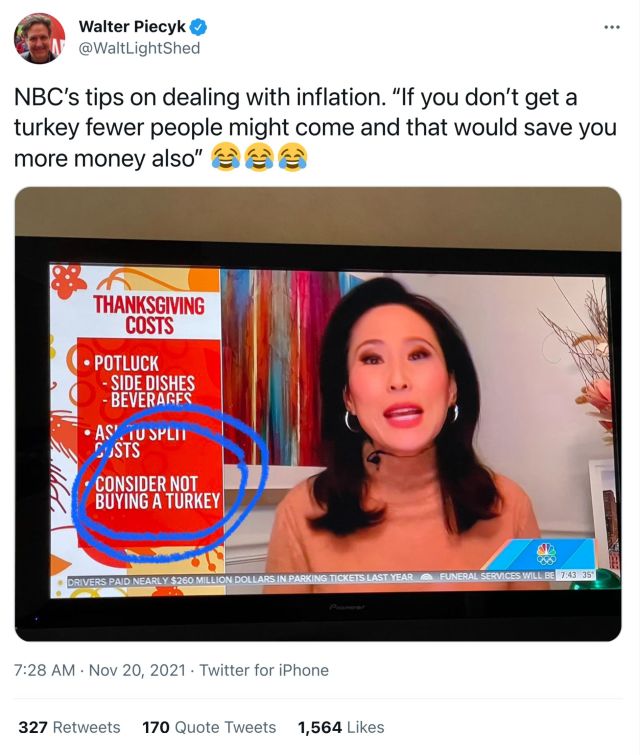 MSNBC: Thanksgiving’s About White Settlers Who Brought ‘Genocide and Violence.’

Many of us are still waiting for white Americans to bring some value — still waiting for white Americans to match the mythology of Thanksgiving. Freedom, justice, equality, reparations for two and a half billion acres of stolen Native land — reparations for 246 years of stolen labor — reparations for stealing Native children. Stop the killing — it’s still happening. Stop the theft — it’s still happening. Return the land — match the mythology. Then, and only then, we can all be equally thankful. Peace.

I guess feeding the world, antibiotics, The Magna Carta, The US Constitution, (painless) dental care, most of your children surviving to adulthood… going to the Moon… don’t count.

Forty years toiled in the Tel-com industry, married for 36 years widowed at sixty-one. New girlfriend at sixty-five. Was a Tea Party supporter. Today a follower of the Last American President to be honestly elected, Donald J. Trump.
View all posts by On the North River →
This entry was posted in 2021, Can't fix Stupid, Tongue in Cheek, When Progressives Attack. Bookmark the permalink.