Putting in all on the card.

Biden Says We Can Afford $3.5T Bill Because China Just Gave Him This Cool New Visa Card With A Low Introductory Rate 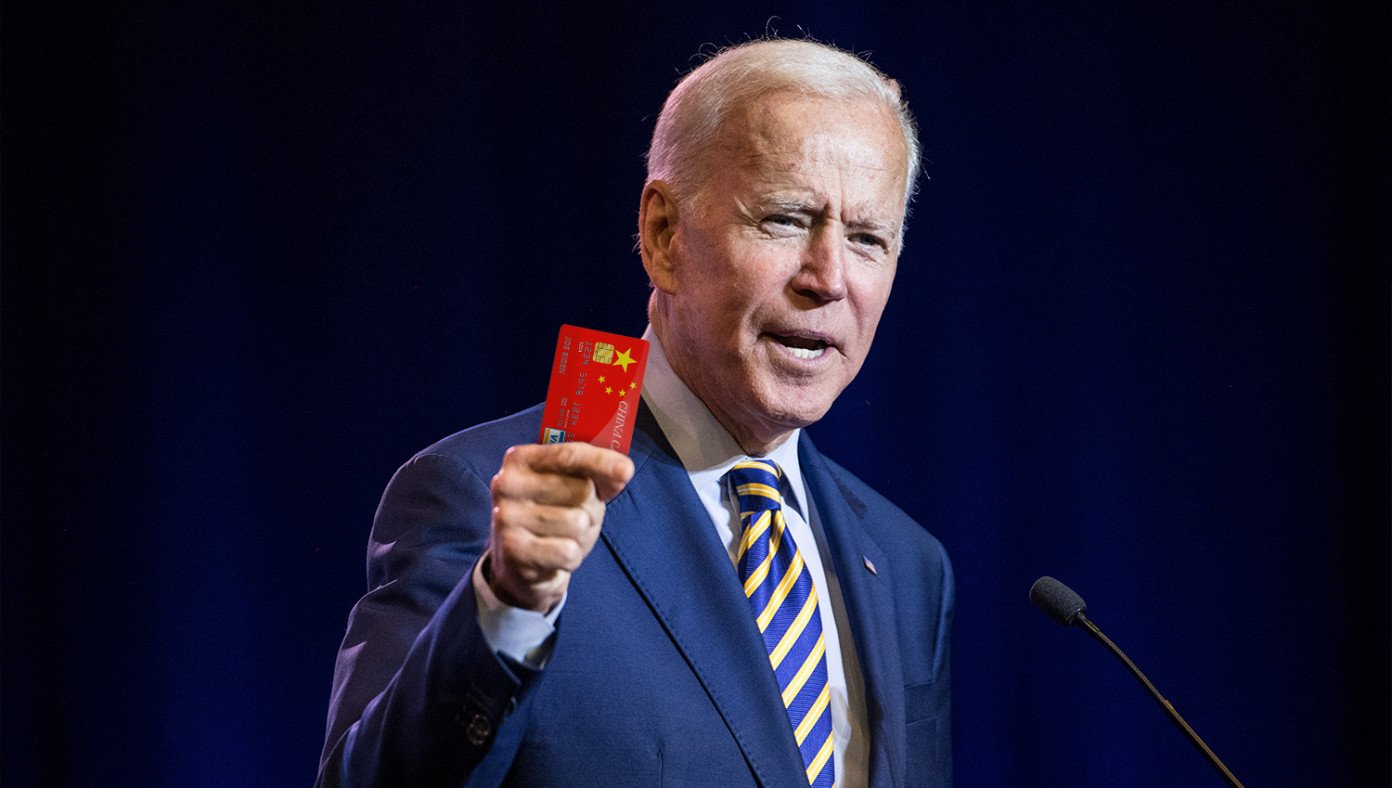 WASHINGTON, D.C.—Biden promoted his record-breaking $3.5 trillion spending bill today, telling Americans it will basically cost us nothing since China was kind enough to give him a brand new VISA card with a $3.5 trillion credit limit and a very low introductory rate.

“C’mon, folks, that’s too good a deal to pass up!” said Biden in a press conference. “It’s basically free money! And President Xi promised me an introductory 0.0% APR for the first month! And I get points for gas and groceries with every purchase! How can you not take that deal?”

He then waved the card around for the cameras, causing the assembled press to “ooh” and “aah” at the shininess and redness of it.

Experts say the spending bill will solve all the problems our country faces and will continue to do so until it’s time to pass another one next month. The card will charge 0% interest for the first month, after which the rate increases to the firstborn child of every American citizen.

Biden has promised that after we’ve used up our Chinese credit card, he will fund further spending bills with a daring diamond heist, and he will then bet all the diamonds on black in a vegas casino craps table to make up the remaining funds.

Unfortunately, Biden’s plan to use his new VISA card was ruined when AOC got ahold of it and bought $1 trillion worth of “Tax The Rich” dresses.

Forty years toiled in the Tel-com industry, married for 36 years widowed at sixty-one. New girlfriend at sixty-five. Was a Tea Party supporter. Today a follower of the Last American President to be honestly elected, Donald J. Trump.
View all posts by On the North River →
This entry was posted in Babylon Bee. Bookmark the permalink.