The Smoking gun is found.

It’s been suggested here and there that some of the deaths ascribed to Covid19 should, more accurately, be counted as from other more normal causes.

This John Hopkins report blows the lid off that assertion.

When Briand looked at the 2020 data during that seasonal period, COVID-19-related deaths exceeded deaths from heart diseases. This was highly unusual since heart disease has always prevailed as the leading cause of deaths. However, when taking a closer look at the death numbers, she noted something strange. As Briand compared the number of deaths per cause during that period in 2020 to 2018, she noticed that instead of the expected drastic increase across all causes, there was a significant decrease in deaths due to heart disease. Even more surprising, as seen in the graph below, this sudden decline in deaths is observed for all other causes. 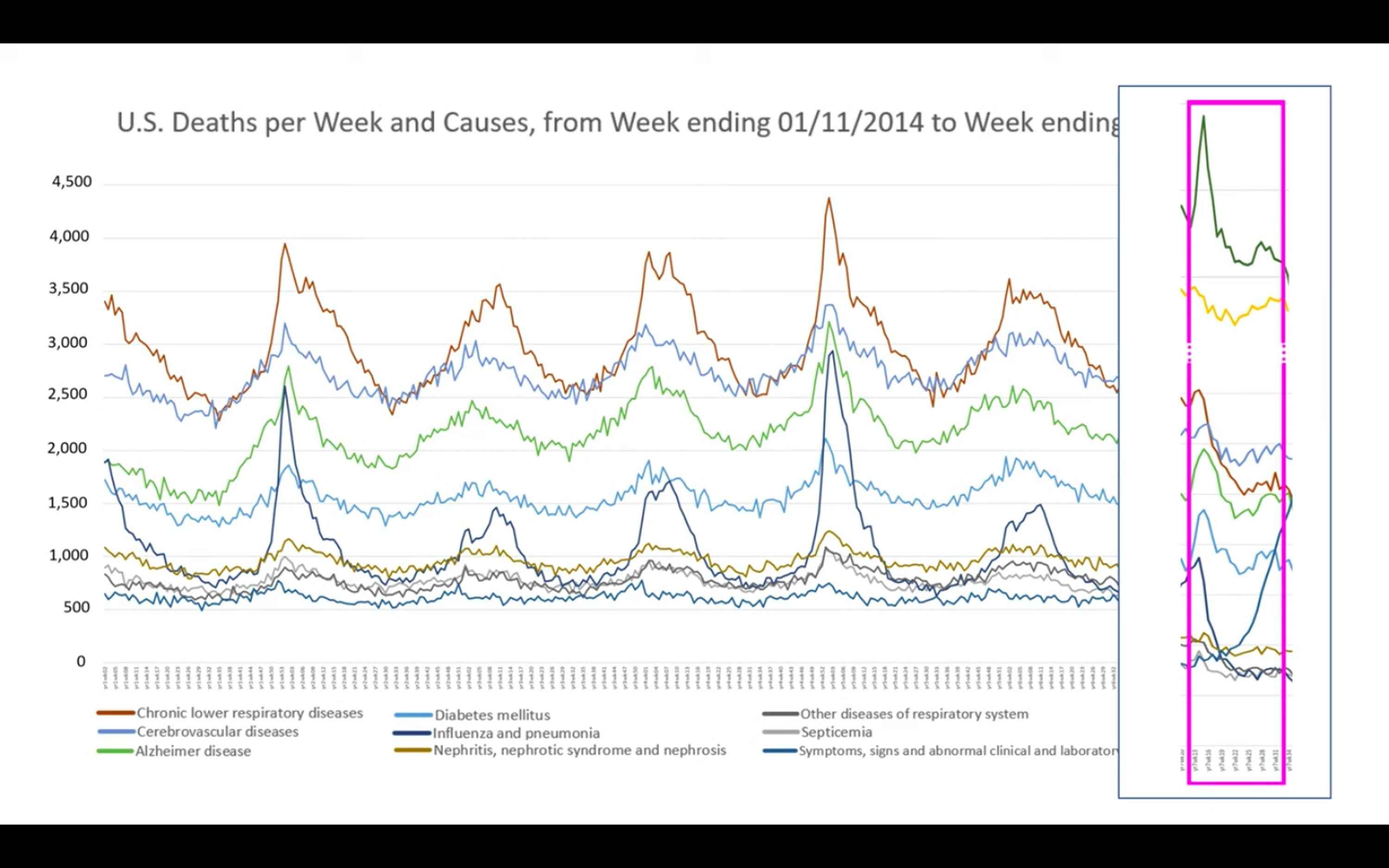 Graph depicts the number of deaths per cause during that period in 2020 to 2018.

This trend is completely contrary to the pattern observed in all previous years. Interestingly, as depicted in the table below, the total decrease in deaths by other causes almost exactly equals the increase in deaths by COVID-19. This suggests, according to Briand, that the COVID-19 death toll is misleading. Briand believes that deaths due to heart diseases, respiratory diseases, influenza and pneumonia may instead be recategorized as being due to COVID-19.

In that case, where’s the emergency?

Forty years toiled in the Tel-com industry, married for 36 years widowed at sixty-one. New girlfriend at sixty-five. Was a Tea Party supporter. Today a follower of the Last American President to be honestly elected, Donald J. Trump.
View all posts by On the North River →
This entry was posted in 2020, All the News not fit to print., Blogbits, Deep State. Bookmark the permalink.