October 7: The Feast of Our Lady of Victory

The Battle of Lepanto

For those who know little history, today’s battle with the Islamic State in the Middle East may seem new and unprecedented. It is not. In a.d. 622, Mohammed set out from Medina to conquer the whole Christian world for Allah by force of arms. Within a hundred years, his successors had occupied and pillaged every Christian capital of the Middle East, from Antioch through North Africa (home of Saint Augustine) and Spain. All that remained outside Allah’s reign was the northern arc from Southern France to Constantinople. What we are seeing in 2014 has a history of more than 1,300 years — a very bloody, terror-ridden history. Except that today the struggle is far, far more secular than religious — a war over political institutions and systems of law, with almost no public argument over religious doctrine.

The Battle of Lepanto.  After decades of attacks on coastal cities in Greece, the Balkans, Italy, France and Spain; the great Islamic fleet that was assembled for conquest was brought to battle by a Christian Fleet from many nations and city-states.

The British are justifiably proud of what they did in 1588 and the Battle of Britain.   But if the Christians had lost at Lepanto, very likely it would have been a Muslim Europe in 1940.

Vienna, The Siege of.  September 11th (funny that?) 1683 the Muslim-Turkish forces outside of an exhausted Vienna were attacked by the Catholic relief armies of Poland and Hungary.

To those who say that violence has never solved anything…Bullshit!  Without the courage, blood and sacrifice of our Christian fore-bearers, we would be slaves to an insane demon cult of slavers. 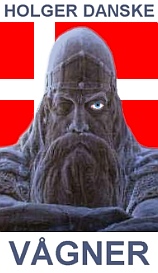 Forty years toiled in the Tel-com industry, married for 36 years widowed at sixty-one. New girlfriend at sixty-five. Was a Tea Party supporter. Today a follower of the Last American President to be honestly elected, Donald J. Trump.
View all posts by On the North River →
This entry was posted in All the News not fit to print., Islam, The Old Ones. Bookmark the permalink.