Trump Can Invoke the Insurrection Act to Deport Immigrants

One of the most interesting legal phenomena of the Trump administration has been the increased use of—and public focus on—previously obscure federal statutes that delegate surprisingly broad power to the president. From using the National Emergencies Act to build his border wall and the Federal Vacancies Reform Act to control the upper echelons of the executive branch, to using the Trade Expansion Act to raise tariffs against Canada in the dubious name of “national security,” President Donald Trump has pursued an array of actions that at once seem to be both within the letter of these laws and an indictment of the open-endedness of their statutory delegations.

If TheDaily Caller is correct, the latest addition to this list may soon be the Insurrection Act—which the president plans to use “to remove illegal immigrants from the United States,” the outlet reported yesterday. If the president does actually call out the U.S. military to help deport undocumented immigrants, that could be the most clearly lawful—and most historically indefensible—example of this phenomenon that we’ve seen to date.

The “Insurrection Act” is an umbrella term for a series of statutes that date all the way back to the Founding, and through which Congress has exercised its authority under Article I, Section 8, Clause 15 of the Constitution “to provide for calling forth the Militia to execute the Laws of the Union, suppress Insurrections and repel Invasions.” The Constitution’s drafters understood that there would be circumstances in which local authorities were inadequate to protect the populace and enforce the laws, and so went out of their way not only to identify three circumstances in which troops could be used, but also to give the power to delimit those circumstances to Congress, not the president.

Obama was a lazy fuck.  Otherwise he could have done a lot more damage , especially during that period of his first term that he had both houses of Congress.

Donald Trump is a dynamo, always looking for new tools and different avenues of attack on the challenges and problems he sees.  Since he is beginning to realize how totally useless the Republican Party is and how monumental the challenge of illegal immigration is; he will use this I am sure. 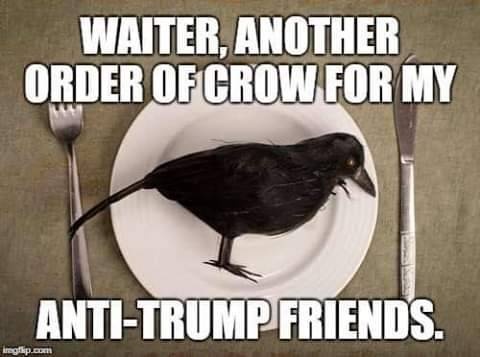 Forty years toiled in the Tel-com industry, married for 36 years widowed at sixty-one. New girlfriend at sixty-five. Was a Tea Party supporter. Today a follower of the Last American President to be honestly elected, Donald J. Trump.
View all posts by On the North River →
This entry was posted in All the News not fit to print., Blogbits, Deep State, Fuck Obama, illegals, President Trump. Bookmark the permalink.