So why won’t the FBI admit Strzok’s impeccable pedigree? I asked the FBI to confirm his years in the Boston crime school and got back this terse response:

Now it all starts to make sense.  The same office of the FBI that was happy to put four innocent men in prison for 35 years to cover up for The Boston Mob, trained Peter Strzok.

But it’s true, and of all the horrible, slimy, sleaziest agents to come out of Boston, Strzok may be the worst. The others just wanted to take bribes and booze from gangsters, and maybe kill one or two “rats” who crossed their underworld paymasters.

I don’t which is more sickening, Strzok’s record or the thousands of leftists pouring money into his “GoFundMe” account already at $400,000 and climbing.

The FBI can’t be saved,  disband it.  And blackball everyone that ever worked there. 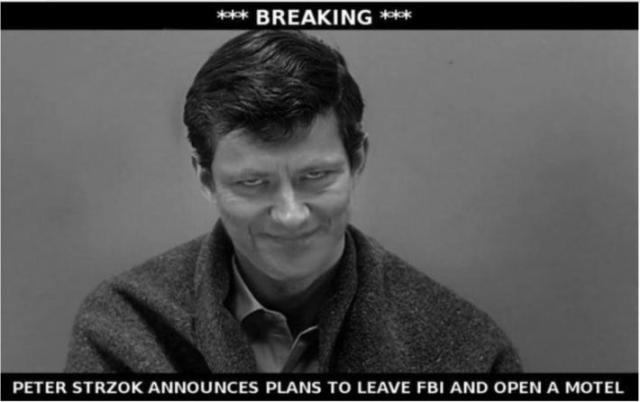 Forty years toiled in the Tel-com industry, married for 36 years widowed at sixty-one. New girlfriend at sixty-five. Tea Party supporter. Today a follower of the God-Emperor Donald. Do like to kayak, cook, take photos, bike, watch old movies and read.
View all posts by On the North River →
This entry was posted in All the News not fit to print., Blogbits, Deep State. Bookmark the permalink.