(CNN)It was like a wicked cruel souvenir from what was a wicked brutal winter, a winter that Boston didn’t officially close the books on until this week — when the last of the snow finally melted.

Boston Mayor Marty Walsh commemorated the occasion Wednesday with a barbecue on City Hall Plaza, where he announced the winners of the “Snow Melt Challenge” — the Bostonians who correctly guessed July 14 as “the day we’ve all been waiting for!” 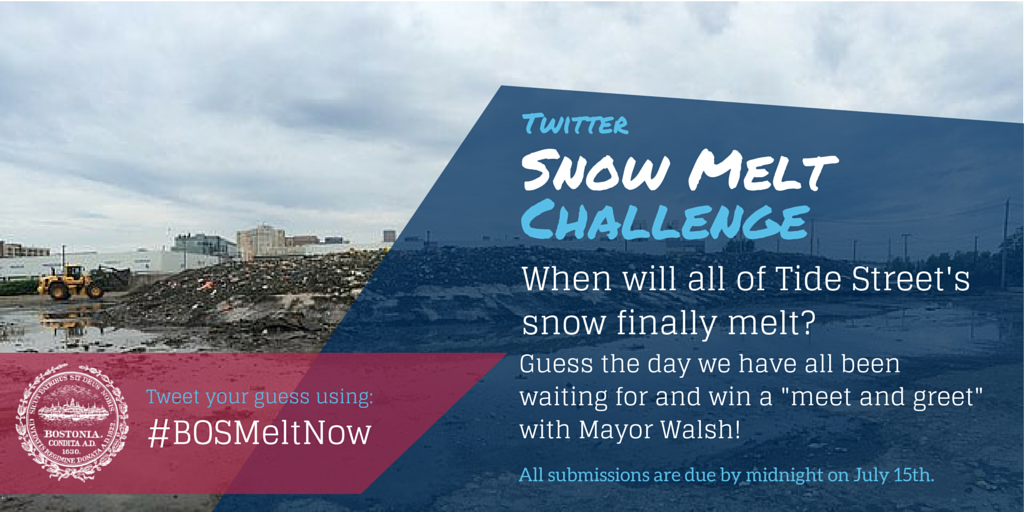 Forty years toiled in the Tel-com industry, married for 36 years widowed at sixty-one. New girlfriend at sixty-five. Tea Party supporter. Today a follower of the God-Emperor Donald. Do like to kayak, cook, take photos, bike, watch old movies and read.
View all posts by On the North River →
This entry was posted in All the News not fit to print., Global Warming Hoax, New England. Bookmark the permalink.