An untreatable, and sometimes fatal tick-borne disease is turning up in parts of southern Connecticut, according to one expert.

Dr. Theodore Andreadis, head of The Connecticut Agricultural Experiment Station, told WCBS 880 that the Powassan virus has symptoms similar to those of Lyme disease, including headache, nausea and fever.

Once contracted, there is no treatment for the virus, and the disease can often be fatal, Andreadis said. While there have been no reported human cases in the areas, Andreadis said that people who venture into wooded areas may encounter deer carrying ticks.

“These ticks will transmit this virus when they feed within a matter of hours, whereas with Lyme disease, for example, ticks generally have to feed up to two days before they’re capable of transmitting it,” Andreadis told WCBS 880.

The virus can often be symptomless before often infecting the nervous system and causing encephalitis and meningitis. Survivors can develop neurological symptoms such as muscle wasting and memory problems, according to the U.S. Centers for Disease Control and Prevention.

God hates Democrats.  That’s my opinion and I’m sticking to it!   Can we start shooting the F*&king deer now? 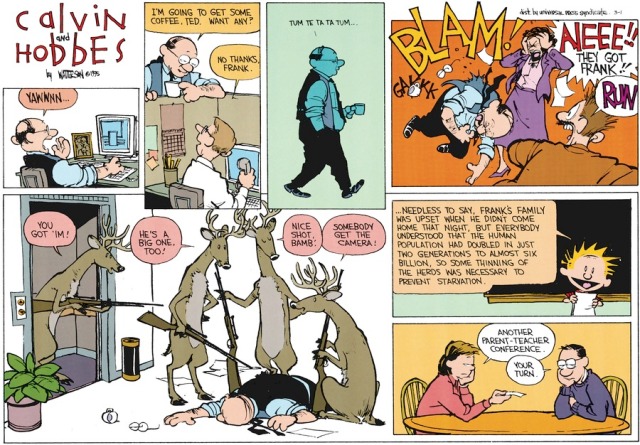 Forty years toiled in the Tel-com industry, married for 36 years widowed at sixty-one. New girlfriend at sixty-five. Was a Tea Party supporter. Today a follower of the Last American President to be honestly elected, Donald J. Trump.
View all posts by On the North River →
This entry was posted in All the News not fit to print.. Bookmark the permalink.