Yesterday around noon, Governor Deal signed HB60 into law under the beautiful sky and perfect weather in Ellijay, GA.  GeorgiaCarry.Org was well represented with over 500 people in attendance.  Most of the attendees were GCO members with some coming from as far away as Tifton to be present on this historic day.

GCO Founding Board Member, Former President and Atlanta Gun Rights Examiner has planned a series of articles on HB60 to inform our members of the details contained in HB60.  We will keep you apprised of the articles as he publishes them.
=======================

The AJC published a front-page story on the signing with the usual “sky is falling” warnings from opponents of HB60.  We go through this same routine with every bill that is signed into law.  Soon after the bill becomes effective the dire warnings fail to materialize and everyone goes about his/her business in peace.  The article is discussed below.
=======================

GeorgiaCarry.Org appeared on yet another media outlet last evening with the appearance of GCO Executive Director, Jerry Henry on Al Jazeera English, which was shown live in London, England and throughout Europe.  Not sure if any video will be made available but if it does, the video will be posted.

ELLIJAY — A broad expansion of gun rights that Gov. Nathan Deal signed into law Wednesday has divided the state’s law enforcement community, leading some sheriffs to warn that the changes endanger police officers and will lead to more bloodshed.

The legislation expands where Georgians may legally carry firearms, including into public schools, bars, churches and government buildings. A recent analysis from the nonpartisan state Senate Research Office noted that felons could use the state’s “stand your ground” rules to claim self-defense in a shooting if they feel threatened.

The new law also repeals state law requiring firearms dealers to obtain state licenses and maintain records of firearm sales and purchases, and it revokes the governor’s authority to suspend or limit the carrying or sale of guns even in case of emergencies.

It’s prompted a behind-the-scenes lobbying effort by some prominent sheriffs who urged Deal to veto the bill. In records obtained through Georgia’s sunshine laws, they express fears that the new rules will herald a flood of lawsuits and hinder police work. At worst, they say, it could lead to more injuries and deaths of peace officers.

The measure’s supporters, though, reject those criticisms as hyperbole. And at least one outspoken sheriff called the changes overdue, saying they send an unequivocal message to law enforcement that law-abiding gun owners shouldn’t be unfairly scrutinized.

The rest of the story can be found here.

From the Peach Pundit:

Guns Are Now Everywhere in Georgia. You probably tripped on at least two just walking from your car this morning, since Governor Deal signed legislation that lets churches and bars decide if their parishioners and patrons are allowed to pack heat, among other things. Behind their paywall, the NYT thinks this is terrible, and that anti-gun forces will extract a political price from supporters of the bill. But Paul Crawley at 11-Alive reports that Georgians love guns and that actual political fallout will be next to nil.

Just heard a county employee state that it will cost the cities and counties a great deal of money to secure the previously unsecured government buildings or they will just have to let them carry guns in the buildings.

What a concept!! Buildings that are currently secured only by the words on paper (needless to say that only law abiding citizens will read) will have to be secured if you, the law abiding citizens are unencumbered in exercising your inalienable and constitutional enumerated right to bear arms in buildings built by your hard earned tax money which also pays the salaries of the people who are currently against you doing so.  Only in America.

The dissension from sheriffs is not unanimous. Oconee County Sheriff Scott Berry said officers should have no more right to demand papers from someone carrying a gun than they should be able to stop a driver without cause to see his license.

“In my opinion, the license language in HB 60 is a direct message to the peace officers of Georgia that honest, law-abiding citizens have the right to proceed unhindered and unobstructed in their daily lives and should not be subject to intense law enforcement scrutiny due to the fact they choose to lawfully carry a firearm,” — Sheriff Scott Berry in today’s AJC.
======================= 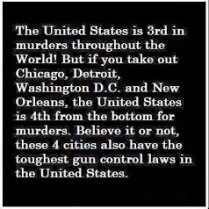 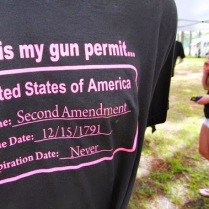 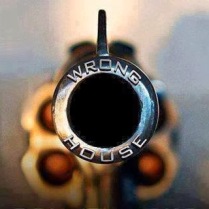 This entry was posted in All the News not fit to print., Crime, Doug, Guns and Gun Control, News and opinion, Police, Still not a gun blog and tagged Georgia gun law, Georgia Open Carry, Open Carry. Bookmark the permalink.