‘I’m Elon Musk, I’m Here To Rescue You,’ Says Musk While Busting Everyone Out Of Twitter Death Star Detention Level 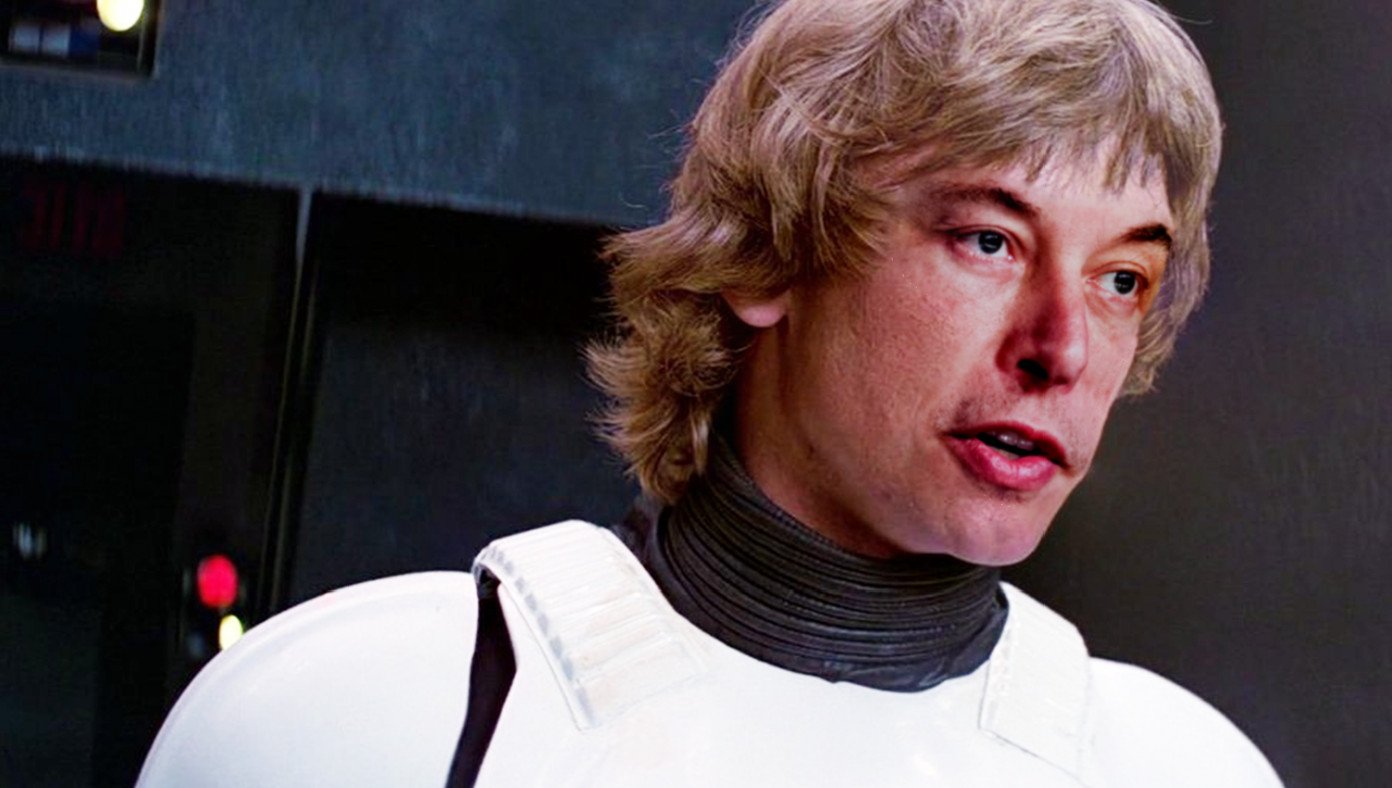 ALDERAAN SYSTEM—Elon Musk and a brave band of adventurers snuck aboard the Twitter Death Star to free prisoners located on the space station’s detention level, sources with the Galactic Rebellion confirm.

Twitter Death Star, which resembles a small moon, was first spotted near the remains of Alderaan, a peaceful planet that was destroyed for believing in only two genders. The space station is equipped with a super blaster powered by kyber crystals, capable of canceling anyone who opposes Twitter CEO Parag Agrawal.

Musk reportedly disguised himself as a Twitter mod who was escorting a recently suspended free-thinker to a ban chamber. Once inside, he dispatched the guards and then rushed for the nearest cell to free the prisoner inside.

“Aren’t you a little short for a Twitter mod? Everyone says so,” said a grizzled Trump.

“Who? Oh, you’re the guy that does rockets. That’s great. Really terrific.”

According to sources, Musk was able to free Trump, The Babylon Bee, Juanita Broderick, Alex Jones, Charlie Kirk, Tucker Carlson, and even some Rodians. However, during their daring escape, Trump was killed in a trash compactor while trying to post on Truth Social.

Musk and the Twitter prisoners reportedly escaped abord a SpaceX Starship. With Twitter Death Star in his rearview mirror, Musk vowed to either buy the deadly space station or destroy it.

“Why not both?” he mused to himself.

Forty years toiled in the Tel-com industry, married for 36 years widowed at sixty-one. New girlfriend at sixty-five. Was a Tea Party supporter. Today a follower of the Last American President to be honestly elected, Donald J. Trump.
View all posts by On the North River →
This entry was posted in 2022, Babylon Bee. Bookmark the permalink.