From Cool to Cringe: what’s happened to American culture?

How does the sex war play out today? Agonizingly, like all Culture War battles.

Take Cardi B and her porno-rap single ‘WAP’ (the initials stand for ‘Wet-Ass Pussy’). Released in August, it rapidly became the most streamed and most watched single in Billboard 100 history. Miss B, who is shaped like five Hindenburgs stuffed into a fat suit, was the focus of much try-hard celebratory commentary by the femo-hacks who staff so many of our Republic’s prestige publications. 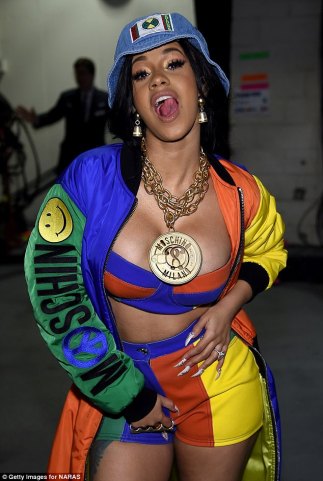 Who would defend virtue, propriety and what Roman rapper Cicero called the summum bonum against this delirious filth?

Ben Shapiro, knight-at-arms, that’s who. Seeing the opportunity to start yet another pointless moral fracas, Shapiro devoted a fussy podcast segment to Ms B’s lyrics, which range from the drolly risqué to the uncomfortably gynecological.  Shapiro, whose wife is a doctor, suggested that Ms B and her fellow lyricist ‘Megan Thee Stallion’  bragging about requiring ‘bucket and mop’ for their ‘pussies’ suggested they required urgent medical attention.

I miss Jazz.  And this time I really do mean, “All the News not fit to print”.

Forty years toiled in the Tel-com industry, married for 36 years widowed at sixty-one. New girlfriend at sixty-five. Tea Party supporter. Today a follower of the God-Emperor Donald. Do like to kayak, cook, take photos, bike, watch old movies and read.
View all posts by On the North River →
This entry was posted in 2020, All the News not fit to print.. Bookmark the permalink.