What do you do when your opponents have no shame?

I guess it was always the plan of the Democrats to cheat heavily, and if caught and made to count the vote again.  Cheat again.   As Tony Soprano said, “It’s in my nature”.

Dick Morris to Newsmax TV: Georgia Recount ‘a Sham and a Hoax and a Fix’

Political strategist and Newsmax analyst Dick Morris on Friday blasted the presidential ballot recount underway in Georgia, declaring that the process is a ”sham and a hoax and a fix.”

In an interview on Newsmax TV’s ”Spicer & Co.,” Morris offered a video of Republican monitors at a hand-count of ballots in Georgia.

“Inspectors are far away from the table … [they] can’t see the ballots,” Morris said of the footage.

”This is the recount that is supposed to solve the problems,” he added. ”It’s absurd.

“They did not permit the envelopes to be examined,” Morris said. ”A lot of absentee ballots ought to be thrown out” and were not, he pointed out.

“This is a sham and a hoax and a fix,” Morris declared.

”I did polling … and I’m convinced that Trump won” the election, Morris asserted.

Options are narrowing.  Across the country “Stop the Steal” rallies. 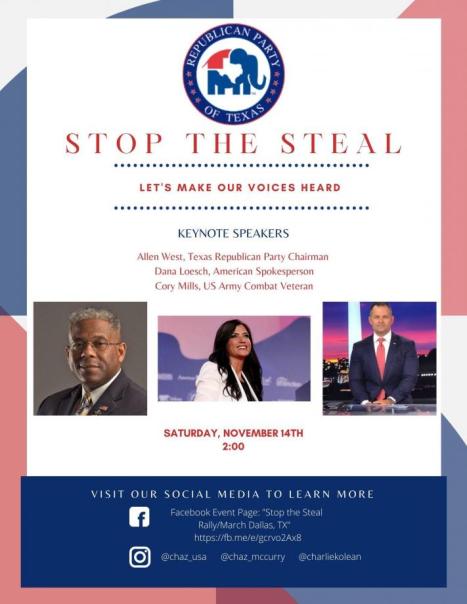 I’ll try to find a comprehensive list of the states and dates.

Forty years toiled in the Tel-com industry, married for 36 years widowed at sixty-one. New girlfriend at sixty-five. Was a Tea Party supporter. Today a follower of the Last American President to be honestly elected, Donald J. Trump.
View all posts by On the North River →
This entry was posted in 2020, All the News not fit to print., Biden Crime Family, Deep State, MAGA. Bookmark the permalink.