BLM Chicago Leader on the looting of stores: "That is reparations…. anything they want to take, take it because these businesses have insurance…" pic.twitter.com/uB9GAGmkLu

1. Riots Take a Human Toll No Insurance Plan Can Account For

Fifteen dead from direct effects in the George Floyd riots.   When an entire business district is burned out, when do the residents shop for necessaries?  Especially the elders and the poor without vehicles.

2. Not All Affected Small Businesses Have Insurance That Covers Rioting and Looting Damage

Is your house insured?  So you won’t mind burning it down, would you?  What if your house isn’t insured?   Do you have health insurance? Yes? Then you don’t mind if I punch you in the nose do you?

Even for those many businesses that do have insurance covering rioting damage, it’s still a massive burden to have your businesses destroyed.

When the damage goes over policy limits (demolition costs in Minneapolis averaged 100K, policy limits were typically 25k to 50K) where does that money come from?

Many communities never recover from major rioting and arson.   Watts never did, or Ferguson, nor is it likely Minneapolis will ever be the same.   New York City is emptying out like a broken bottle. 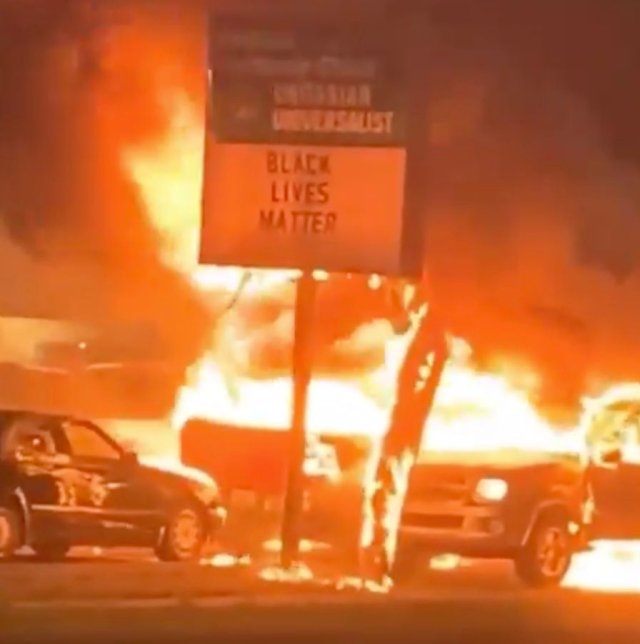 The animals doing the burning and the looting together with their ‘spokes-animals’ have never built a business from the ground up.  Likely have never worked a day in their lives.

The Watts riots were local, and those locals at least suffered afterward from the consequences of their actions.   But most of the rioters and arsonists this time around are being bused in, they don’t live in the communities they destroy.

Can we send the bill to Soros?  In fact here is a great idea!  Lets deduct the living and rebuilding expenses for the real victims of the destruction from the Welfare and IBT accounts of every parasite in the effected cities.  If they have to sell the looted merch to live on…

Forty years toiled in the Tel-com industry, married for 36 years widowed at sixty-one. New girlfriend at sixty-five. Was a Tea Party supporter. Today a follower of the Last American President to be honestly elected, Donald J. Trump.
View all posts by On the North River →
This entry was posted in 2020, All the News not fit to print., BLM="Burn Loot Murder", Can't fix Stupid, Cranky, Crime, Negroes, When Progressives Attack. Bookmark the permalink.