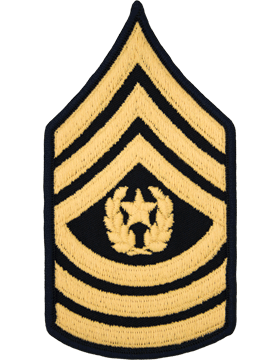 A crusty old Sergeant Major found himself at a gala event hosted by a local liberal arts college. There was no shortage of extremely young, idealistic ladies in attendance, one of whom approached the Sergeant Major for conversation. She said, “Excuse me, Sergeant Major, but you seem to be a very serious man. Is something bothering you?”

Finally the young lady said, “You know, I hope you don’t take this the wrong way, but when is the last time you had sex?” The Sergeant Major looked at her and replied, “1955.” She said, “Well, there you are. You really need to chill out and quit taking everything so seriously! I mean, no sex since 1955! She took his hand and led him to a private room where she proceeded to “relax” him several times.

Afterwards, and panting for breath, she leaned against his bare chest and said, “Wow, you sure didn’t forget much since 1955!” The Sergeant Major, glancing at his watch, said in his matter-of-fact voice, “I hope not, it’s only 2130 now.”

Forty years toiled in the Tel-com industry, married for 36 years widowed at sixty-one. New girlfriend at sixty-five. Was a Tea Party supporter. Today a follower of the Last American President to be honestly elected, Donald J. Trump.
View all posts by On the North River →
This entry was posted in Blogbits, Jokes. Bookmark the permalink.