#FAKEPOLLS: How Legacy Media Manipulates Polling and Lies to You About… Everything 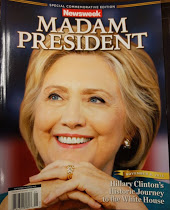 The credibility of mainstream political polls took a serious hit following the 2016 election. Most predicted an easy victory for Hillary Clinton. The entire political class believed she was a shoo-in, and that the election would be a mere formality. But the polls and the pundits were wrong, glaringly so.

It appears they are wrong again, because they persist in making the same mistakes they have been making for years.

Most pollsters and pundits report that President Trump’s approval ratings are in the tank — consistently in the mid- to upper-30 percent range. His disapproval rates average a whopping 57 percent, according to the polls cited below.

The following table reveals why.

In every poll, Democrat respondents outnumbered Republicans by significant amounts. The Economist poll was the worst. Only 24 percent of respondents (360) were Republicans compared to 38 percent (570) Democrats – which means that 58 percent more Democrats were polled than Republicans, as shown in the %D/R column.

Forty years toiled in the Tel-com industry, married for 36 years widowed at sixty-one. New girlfriend at sixty-five. Tea Party supporter. Today a follower of the God-Emperor Donald. Do like to kayak, cook, take photos, bike, watch old movies and read.
View all posts by On the North River →
This entry was posted in All the News not fit to print., Hillary, Media Bias, President Trump. Bookmark the permalink.