Been a while since I’ve posted another list of movies that are out there but that won’t be coming to the local cineplex. 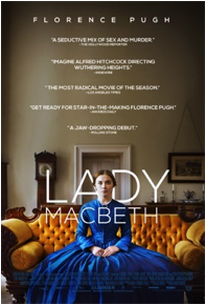 Rural England, 1865. Katherine (Florence Pugh) is stifled by her loveless marriage to a bitter man twice her age, whose family are cold and unforgiving. When she embarks on a passionate affair with a young worker on her husband’s estate, a force is unleashed inside her, so powerful that she will stop at nothing to get what she wants. 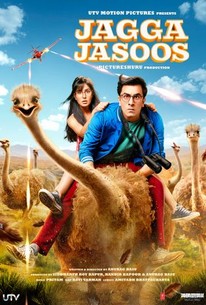 Jagga (Ranbir Kapoor) a curious and shy young boy in a quaint little town lives a happy life with his accident-prone father, Bagchi (Saswata Chatterjee). After admitting Jagga into Boarding School, his father suddenly disappears from the scene. Feeling abandoned, Jagga’s only contact with his father is a VHS tape that he receives in the mail every year on his birthday. Armed with sharp detective skills, Jagga sets out to solve the mystery of his missing parent. Along the way he finds a partner in Shruti (Katrina Kaif) an accident-prone journalist with her own international criminal case to solve. Using a few tricks he learnt from Bagchi, Jagga and Shruti embark on a mission to uncover details of his father’s mysterious life and find themselves embroiled in a worldwide smuggling racket. 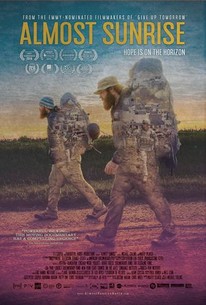 Almost Sunrise tells the inspiring story of two young men, Tom Voss and Anthony Anderson, who, in an attempt to put their haunting Iraq combat experiences behind them, embark on an extraordinary journey – a 2,700 mile trek on foot across America. 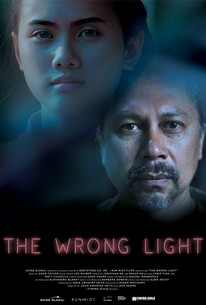 The Wrong Light tells the riveting story of a charismatic activist who leads a globally-regarded anti-trafficking NGO in Northern Thailand that provides shelter and education to young girls rescued from brothels. But as the filmmakers embed themselves at the shelter and meet the young girls and their families, discrepancies begin to emerge. As the filmmakers embark in a quest for the truth while keeping the girls safe, the heroic tale takes a shocking turn and uncovers a dark side of child advocacy behind the trafficking headlines.

Maybe some of these will show up on Netflix, maybe.  Otherwise your choices at the movies will be the third reincarnation of “Spiderman” in widescreen, 3D or iMax. Also the (fourth?, fifth?…) sequel to “Planet of the Apes”.

Actually, something still at the theater,  “Wonder Woman”.   Full disclosure, I’ve actually been to see it.  My girlfriend emailed me a suggestion that we go see it, after I picked myself up off the floor, we did.  Not bad, decent summer movie; a Fantasy, not a Science Fiction based movie.  There are a few shots that were obviously posed for the 3D effect (we didn’t go to a 3D showing).   I believe that this is the last movie leading up the ‘big’ Justice League movie coming out at Thanksgiving.  I (probably not we..?) will go to see it, if none of the stars or the studio does anything to piss me off before then.

Let me explain that last statement.  I have a lengthily list if actors, directors, and studios that I refuse to support with my movie ticket buying dollar (more like my ten-spot).  They have polictized themselves, their work or their studios.  I feel that by giving them money I am supporting the politics that I disagree (nah, hate!) with.   Anything with Johnny Depp, George Clooney (damn! I like him in “Return of the Killer Tomatoes”), Marvel Studios, Josh Whedon (that broke my heart, I’m boycotting the creator of “Firefly”),  etc…..

Jane Fonda?  Need I even list Jane Fonda?  That bitch should be in prison.  If she’s lucky.

Forty years toiled in the Tel-com industry, married for 36 years widowed at sixty-one. New girlfriend at sixty-five. Was a Tea Party supporter. Today a follower of the Last American President to be honestly elected, Donald J. Trump.
View all posts by On the North River →
This entry was posted in Blogbits, Movies. Bookmark the permalink.