Is everybody f’king nuts? 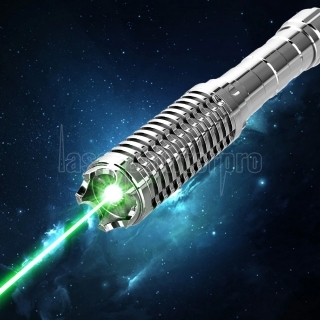 I’m stunned that the prices have fallen so much and the power levels for a portable device are so high!

Federal officers in Portland may have been permanently blinded by lasers, officials say

Reports are that the Domestic Terrorists in Portland and Seattle are using Hi-Power Lasers and have damaged the eyesight of Federal agents.   Lets spell it out, that would be an armed assault on Federal Agents with a weapon that has been banned by International Law for use on any human being.
Agents that are being attacked with that weapon can (and should) return fire to protect themselves with their service weapons.
Lasers at this power level can inflict burns, and they can destroy eyesight.
Federal Agents are being issued Laser protective googles,  civilians in the crowd will have no such protection.
Isn’t it time to take the gloves off with these insurrectionists?  Isn’t anyone going to start treating this as what it is?  A full-blown insurrection intending to overthrow the Government of the United States of America.

Forty years toiled in the Tel-com industry, married for 36 years widowed at sixty-one. New girlfriend at sixty-five. Was a Tea Party supporter. Today a follower of the Last American President to be honestly elected, Donald J. Trump.
View all posts by On the North River →
This entry was posted in 2020, All the News not fit to print., Crime, Deep State, Evil, When Progressives Attack. Bookmark the permalink.

3 Responses to Is everybody f’king nuts?